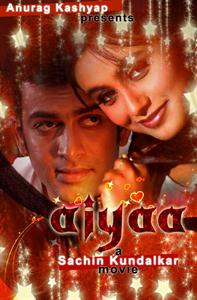 It is good time for Prithviraj. He is now entering to Bollywood by performing in the film Aiyaa. The film is producing by Anurag Kashyap along with Viacom 18 and Aiyaa is directed by the Marati director Sachin Kundalkar. Rani Mukherjee is performing the female lead role in Aiyaa. Prithviraj already created an unique space in Malayalam film industry. He is also a popular actor in Tamil and Telugu.


Prithviraj is starring in his debut Hindi movie named Aiyaa. In that movie he plays the role of a Tamil painter. Aiyaa is a love story of a Marathi girl with a south Indian boy. The role of Marathi girl is performing by Rani Mukerjee, who is one of the top Bollywood actresses. Earlier Prithviraj performed with beauty queen Aishwarya Rai in the film Ravanan.

The producer Anurag Kashyap casts Prithviraj because he was very much impressed in Prithviraj. Anurag said that he saw some of Prithviraj movies and he liked the performances. Aiyaa is directed by the National award winner Sachin Kundalkar, who is a Marati director. Aiyaa is Sachin Kundalkar's debut film in Hindi. Anyways the film Aiyaa has an interesting theme because it consists the clash of western and southern cultures. Prithviraj in Aiyaa as a Tamil boy, he is confident to do the role; he says he know Hindi so he cannot have a problem in language.

Before Aiyaa, Prithviraj got few chances in Hindi, but he did not commit and he was waiting for a right chance to enter into Bollywood film world.

Prithviraj and his fans 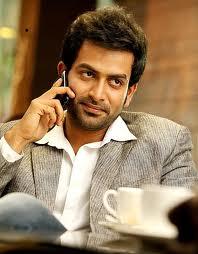 What Prithviraj fans like in him is his passion in films and boldness in character. Prithviraj Fans and Welfare Association (PFWA) is the official fans of Prithviraj which has units in India and abroad also.

Prithviraj was one of the actors who was badly treated in internet including social networking sites. Many jokes and unusual comments were arouse; even some of his television interviews were unusually edited and uploaded to you tube. But as an actor Prithviraj never gave up his confidence and boldness. He strongly occupies his position and surely he knows where he is. And those who abused Prithviraj are now looking him with jealous.

Prithviraj fans are very much happy because of the success of their star. Prithviraj reach as a the bollywood actor position and he is very selective as we found that the whole team of Aiyaa is very good in film production. Other than commercial entertainment elements the film entertain art values in the story. Prithviraj fans believe that their star definitely will perform the role wisely.

Prithviraj also selected as a youth icon of Kerala, many of the youngsters considered Prithviraj's style as fashion trends.

Prithviraj came to Malayalam film industry through the film Nandhanam in 2002. At that time he was a new comer, but he was not a stranger to the Malayalee audience. He is the son of great Malayalam actor Sukumaran and actress Mallika Sukumaran, his brother Indrajith (film actor) and his sister – in – law Poornima Indrajith (film actress and tv anchor). Nandhanam directed by Renjith was a super hit movie, the film is based on a love story starring Prithviraj and Navya Nair. Later he worked with many senior directors like Kamal, Lohithadas, Renjith, Lal Jose, Joshy, Shyama Prasad, Vinayan, Bhadran etc.

in 2011 Prithviraj turned as a film producer. He produced the big budget movie 'Urumi' which was one of the experimental movies in Malayalam. Urumi was released in multi languages such as Malayalam, Tamil, Telugu, Hindi and English. Prithviraj got the super star image in Malayalam by the movie Puthiya Mugham directed by Diphan in 2009. The media popularized Prithviraj as a new super star of Malayalam film industry. The acting skill of Prithviraj was critically appreciated too. His films like Indian Rupee, Ananthabhadram, Veetilekkulla Vazhi, Vaastavam, Manikyakallu, Thalappavu, Thirakkadaetc are showing the acting talent of actor Prithviraj. In 2006 Kerala state government honored Prithviraj's acting by giving best actor award for the film 'Vaastavam'.

Prithviraj's debut Tamil movie was Kana Kandean in 2005. Later he acted in many hit Tamil movies such as Mozhi, Vellithirai, Ninaithale Inikkum, Satham Podathey. He got the golden chance to work with famous Indian director Maniratnam. Prithviraj acted in Maniratnam's 'Ravanan' in 2010, co- starring Aishwarya Rai and Vikram.

Prithviraj entered in Telugu film industry through the film 'Police Police' in 2010. Some of his Malayalam movies were dubbed in to Telugu – Sivapuram (Ananthabhadram), ATM (Robinhood) and Urumi.