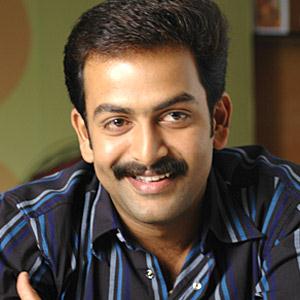 Prithviraj, the young super star of Malayalam is in high spirits these days. The critical and box office success of Indian Rupee directed by Ranjith forms a part of its reason. Apart from that, the projects on the anvil are what make both the youth icon and his fans excited alike.

The year 2011 was a moderate one for Prithviraj personally and professionally. He was attacked on Social media but managed to tackle it all with his boldness and confidence. His marrige with Supriya Menon was the best thing for him in the year.

Learning lessons from some earlier experiences, Prithviraj now seems to be more careful in selecting the projects. He has even stated that Aamir Khan and Kamal Hassan are his models in that regard. Just like them, Prithvi is also not very adamant to release a picture every season. But to gift meaningful movies to the audience.

After the warm reception of Indian Rupee, his next release will be the Dr. Biju flick 'Aakashathinte Niram'. Prithvi will be playing a cameo role in the film which features his brother Indrajith in lead. Prithviraj has got some other big projects in his hand. His debut Hindi film 'Aiyaa', 'Masters' with Sasikumar and 'Arival Chuttika Nakshathram' with Megastar Mammootty are a few among them. 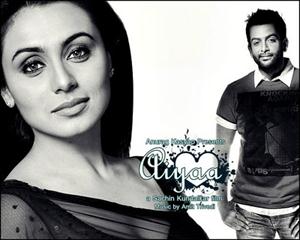 Perhaps the most exciting news for the Prithviraj fans is his entry to the mesmerising Bollywood. While many young stars from the South are still waiting in the queue, the call Prithvi got is certainly a recognition of his acting talents. That too in a project of a high profile personality in Bollywood, Anurag Kashyap. It is in Aiyaa, the film co-produced and written by Anurag Kashyap, Prithvi will make his Hindi debut. Anurag Kashyap is highly impressed with Prithviraj's acting in Urumi by Santhosh Sivan. Earlier, Prithvi was approached by a few Bollywood film makers, but Prithvi said 'no' due to the lack of confidence in the plots. However, he recieved the call to Aiyaa with both hands. The film is directed by award winning Marathi film maker Sachin Kundalkar. The film is produced by Anurag Kashyap and Viacom 18. Adding to its might, the film will feature the sizzling star Rani Mukerji as the heroine of Prithviraj.

Aiyaa is a humurous love story happening between the persons from two different cultures. Rani Mukerji plays a Marathi girl who falls in love with a Tamil artist played by Prithviraj. The film's theme presents many moments with the intermix of West and South culture and traditions. The songs are penned by Amitabh Bhattacharya and set to the music by Amit Trivedi. The film's shooting was begun in October and is on progress. The fans and Malayalam cinema circle are watching the Bollywood entry of Prithviraj very keenly. Let us hope that he will make Kerala proud. 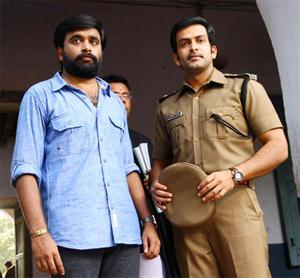 Masters is another Prithvi movie that everyone has put great expectations in. The film, directed by Johny Antony, is an investigation thriller. The prime feature of the movie is that Prithviraj is teaming up with Tamil actor-director Sasikumar for the first time. Sasikumar, who directed the trendsetter 'Subrahmanyapuram', is making his entry to Malayalam. The film also introduces the South Indian beauty Pia Baajpai to Malayalam.

Prithviraj is handling the role of Assistant Superidendent of Police named Sreeramakrishnan and Sasikumar plays journalist Milan Paul who together unravel the mystery behind an incident happening in the city.

Apart from Pia Bajpaai, the film has got other heroines Ananya, Parvathy Menon and Mithra Kurien. Salim Kumar, Mukesh and Biju Menon also play important roles in the film. When Prithviraj, Sasikumar and Johny Antony teaming up, the fans are expecting nothing short of a superhit.

Other Projects of Prithviraj

Another big project of Prithviraj that is on the anvil is the Megastar Mammootty starrer 'Arivaal, Chuttika Nakshtram'.
('Hammer, Sickle and star'). Without any image barrier and most surprisingly, Prithvi is appearing as the villain in the film. The film is directed by new age film maker Amal Neerad and scripted by Shankar Ramakrishnan. Unlike the name suggests, the movie won't be a complete political drama. The film is supposed to be a thriller.

Prithvi's another hopeful film is Louis Araman' (Louis the Sixth). The film is directed by a newcomers duo Jeckson Antony and Rejish Antony. The movie comes up with a fresh theme. It revolves around Louis, who was born to his parents many years after their marriage. So his parents decide that he should spend his life serving God since he was born after years of prayers. They make him join priesthood, however, Louis chooses his own ways. Scripted by Babu Janardhanan, the film is a humurous family story.

One among his other projects is 'Hero' by Deepan who gave 'Puthiya Mukham' to Prithvi and the audience. Others are on discussions.The cameo role in Aakashathinte Niram will be the very next screen appearance of Prithviraj. Let's hope that the movie will be an asset for Malayalam cinema.