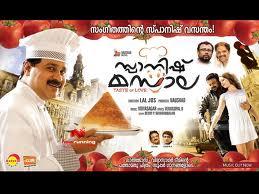 The upcoming Malayalam movie Spanish Masala is directed by Lal Jose with Dileep in the lead role. Australian model and dancer Daniela Zacheri plays the heroine role of this film. The hit maker Lal Jose makes a new experiment along with his super hit combination Dileep. Lal Jose – Dileep combination always contribute complete family entertainers like Meesamadhavan, Chandranudikkuna Dikkil and Chandupottu to Malayalee audience. The film Spanish Masala is mostly shoots in Spain. Benny P. Nayarambalam wrote the script and screenplay of the film, he says Spanish Masala is a romantic – comedy entertainer. Naushad produces the movie under the banner of Big Screen Productions. Almost of the production work of the cinema is completed and it is waiting for release. The release date was fixed in December, but now postponed to January 12th 2012.
Through Spanish Masala director Lal Jose captures the beauty of Spain. This is the first Malayalam film which the majority portion shoots in Spain. Music is so much significant in this movie and the songs are composed by Vidyasagar. In Spanish Masala we have to see the beauty of Tomatina festival of Spain, bull fighting, and flamenco dancing, reports says that all these were shoot for the movie.

Cast and Crew of Spanish Masala

Cast includes:
Dileep as Charlie
Daniela Zacheri as Cameela
Kunjakko Boban as Rahul
Biju Menon as Menon
Nelson as Pappan
Vinayaprasad as Ayamma
Kalaranjini as Saramma
Also there are many Spanish and African youngsters Performed in the film Spanish Masala.


The film Spanish Masala tells the story of a young man whose name is Charlie, 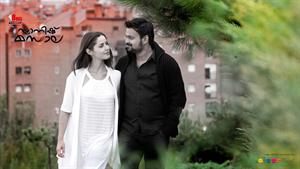 starring Dileep. He was a mimicry artist in Kerala and he went to Spain for a mimicry program. But because of some situations he cannot return to his native. He is now living in Spain working as a chef in an Indian restaurant in Spain. Cameela the heroine of the film is a Spanish girl who is the daughter of a former ambassador of Spain to India. She usually helps Charlie in his problems he faced there to survive. The role of Cameela is performed by Daniela Zacheri. Cameela was born and brought up in India, so that he feels a special relationship with Charlie. Cameela has a friend in India named Rahul, performed by Kunchakko Boban. The story of Spanish Masala continues with the life of Charlie. Charlie slowly falls in love with Cameela and the story continues with the relationship of them and connected circumstances. The love between them shows in humorous way too as they are from two different cultural backgrounds.