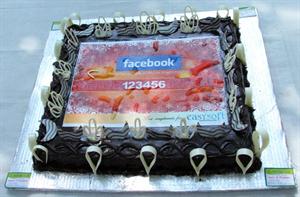 Facebook has become the second home of millions of users who spend a part of a day chatting, sharing and updating information. As per prediction facebook would cross the 1 billion user target in August 2012. Millions of online users have shifted their base from orkut to facebook making it the most popular social media in the world. As internet is fast reaching millions of homes each day, it's sure that more people would reach to the fascinating world of facebook.

Almost all Keralities who are active on internet use facebook to update information, chat and share their interest with friends. Almost all leading movie stars in Kerala do have facebook account which is being managed by their fans circle. Mohanlal, Prithviraj, Kunchako Boban, Jayasurya are among the leading actors who are having a large unit of followers in facebook. But, what about Mega Star Mammootty? Yes! The facebook page of Mammootty is spreading like fire adding more and more followers each day. Just few days back, we had gone through a fancy number - 99,999 likes, and now the official facebook page of Mammootty has crossed the first hurdle with more than 1 lakh fans. While we write this article there are around 1.35 lakh fans who read news and information updated on the official facebook page of Mammootty.

Its one of the rarest milestone which one movie star dream to reach. Any way after this news got published in Malayalam manorama on 31st January 2012, the visitors to this page had gone viral with around 10,000 new fans adding up on a single day. What makes different in the facebook page is not the daily updates but also lending hands to support the needy. Mammootty is much active with charity works especially about Care and Share foundation which was known through facebook, an International school based up in Abudhabi had granted 1 crore Rupees from their part to support the foundation. 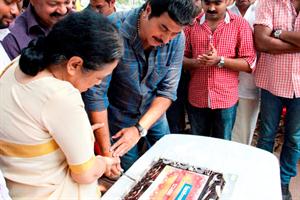 Many people around the globe have come forward to be a part of this foundation extending their support too. This facebook page is some thing different from the fans pages of other actors. Here other than uploading the movie news of the actor, remembering actors of the past who had contributed to the growth of Malayalam cinema do make facebook page of Mammootty Super Star even in the online world.

Mammootty facebook 1 lakhs plus fans page celebrations were held at Ernakulum on 6th February 2012. Recently Mega Star Mammootty became the first celebrity in Kerala to cross 1 lakh fans in facebook. Mammootty along with the whole crew of the Movie ‘Cobra' in the presence of Susheela George, M.D of Sherwood Group of schools, UAE celebrated this special occasion with majestic style.

If you are not still following the updates from facebook page of Mammootty do get in touch from now.
http://www.facebook.com/Mr.Mammootty

Cobra malayalam movie preview, story and stills are added here. Mammootty and Lal are coming with mass entertainer action flick Cobra which is all set to ready for a release on February 2012. Cobra scripted and directed by Lal is finishing under the banner of Playhouse. Kaniha and Padmapriya are on main heroine list.

Malayalam super stars Mammootty and Mohanlal are having a close competition on Facebook. The fan pages of both the actors are in a close race on amount of fans. Both the fan pages have more than 1.25 lakhs fans now and adding more to it. Read more below.

The King and The Commissioner malayalam movie directed by Shaji Kailas

The King And The Commissioner is an upcoming Malayalam political thriller which is directed by Shaji Kailas and scripted by Renji Panicker. The film features Mammoty and Suresh Gopi in lead roles.The cast includes Samvritha Sunil, Sanjana, Ganesh Kumar, Nedumudi Venu, Saikumar.

The story, cast, crew and release date of upcoming Malayalam movie Cobra is added here. Cobra is directed by Lal and stars Mammootty, Lal, Padmapriya and Kaniha in lead roles. It tells the story of two friends. The movie is planned as a Vishu release. Read more below.