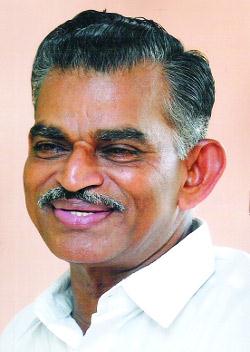 Congress member R Selvaraj, the sitting MLA and candidate of United Democratic Front (UDF) has won the Neyyattinkara by-election by a margin of 6358 votes. He defeated the Left Democratic Front (LDF) candidate F Lawrence of CPI(M). BJP candidate and former central minister O Rajagopal secured the 3rd place.
Neyyatinkara has been a point of attraction of the entire Malayalees since the resignation of the MLA Selvaraj and his further quit from CPI(M). The election, which took place on 2nd June, had registered a polling of 80.1% which was the highest in last few years.

The counting started at 8 in the morning. Postal votes were counted first. Then the votes of Athiyannur panchayat were counted. BJP candidate O Rajagopal was leading first. But soon the picture changed and LDF candidate F Lawrence regained the lead. But towards the end, embarassing everyone, Selvaraj rushed to the frontline from the 3rd position. After 9 rounds of counting, Selvaraj and UDF had ensured their victory with a lead of over 5000 votes. In the 2010 election, Selvaraj won here by a margin of 6500 votes.

What Neyyattinkara witnessed this time was the strongest triangular competition in years. It was evident that the murder of RMP leader T P Chandrasekharan and the Selvaraj's change of allegiance had created a unique political circumstance Kerala has never witnessed. BJP also put up an unexpected performance that created an unprecedented scenario in Kerala. With the victory, the UDF strength in the assembly raised to 73 where the opposition strength was lowered to 67.

Selvaraj remarked that the election result was the people's response to violent politics. He also added that he does not expect any kind of positions. The back to back victories in Piravom and Neyyattinkara by-elections in fair margins are expected to boost the UDF government further more.

Neyyattinkara by election 2012 results are out; Win for R Selvaraj

Neyyattinkara by election 2012 voting results are out. R Selvaraj(UDF)won the election by 52528 votes and with margin 6334. It was a triangle contest. F Lowrance(LDF) came second with 46194 votes and O Rajagopal(BJP) fell to third place with 30507 votes respectively. Read the complete report to know more details.

Neyyattinkara by election 2012 – Candidates up for a close encounter

Neyyattinkara bye election 2012 approaches a hot juncture as the candidates are well set to fight the battle. UDF, LDF and BJP has fielded their candidates for the Neyyattinkara Assembly constituency which has brought the entire Kerala to focus here just after the by poll in Piravam. The by election, came as a surprise for the people of Neyyattinkara with the resignation of R Selvaraj.