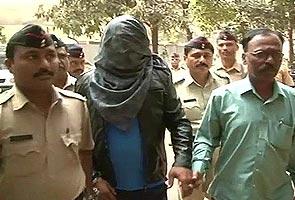 Bunty Chor alias Devinder Singh who had been in limelight being the 'News Maker of the Week' was arrested by police from Hotel Sai Executive in Malta Chowk, Pune. The hitech thief Bunty who had been involved in more than 500 burglaries across the country yet again made news after he looted valuable things and a luxury car worth Rs.50 lakh from an NRI businessman Venugopalan Nair living in Thiruvananthapuram. The super thief Bunty was in the capital a week ago entered the luxurious house on 21st January after deactivating the securtiy devices and breaking bullet proof windows.

A sports utility vehicle (SUV) worth Rs.28 lakh, a laptop worth 1 Lakh and two mobile phones were taken from the house of the NRI. Even though there were false reports that Bunty was arrested a couple of days ago, but now his arrest has been confirmed as with a joint operation made by the Maharashtra and the Kerala Police. He will be handed over to the custody of Kerala police after completing the legal procedures.

Spotted at Hotel Sai Executive in Malta Chowk, Pune, the Keralaites informed it to the Samarth Police who surrounded the hotel and caught him. With around 300 cases about him at New Delhi, Bunty become an international figure after being a part of the popular reality show 'Bigg Boss' in 2010. More than that the Bollywood movie, 'Oye Lucky, Lucky Oye' based on the life of Bunty which hit the screens in 2008 was a smashing hit.

Directed by Dibakar Banerjee, Oye Lucky! Lucky Oye! was a senstional movie which had won National film award for best popular film. Kerala Home Miniser Thiruvanchoor Radhkrishnan said that Bunty is currently under the custody of Kerala police. Hearing the news about the arrest of Bunty, Venugopalan Nair reacted that he is waiting to meer the "all-India thief".