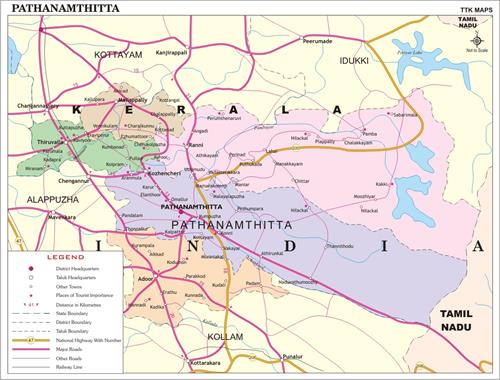 Pathanamthitta district, 'the Headquarters of Pilgrimage Tourism' or 'the Abode of God' was established in November-1st-1982 is Kerala's youngest district which borders with 'Tamil Nadu'. This name was introduced due to the large numbers of fully fledged Pilgrims that it receives. It got its name from the words 'pathanam' and 'thitta' which means 'an array of houses on the riverside'. This district covers an area of 2731sq.km with population of 1,231,577 numbers in total by 2001 census having 588,035 males and 643,542 females is the 3rd least populated district. Wayanad and Idukki are on top. About 123,798 of the total population are City men and 1,110,218 are villagers. For every 1000 males there are 1094 females.

Malayalam and English are their official languages. Pathanamthitta district is one of the best tourist locations of Kerala and is surrounded by Kollam, Idukki, Kottayam, and Alappuzha. Thiruvalla, Mallapally, Ranni, Kozhenchery and Adoor are its main cities. It is famous for its largest pilgrimage center called 'Sabarimala'. The literacy rate of this district is 95.09% and rapid changes were thus seen these days. Cochin Airport has 152km and Trivandrum Airport has 236km from Pathanamthitta. It receives 185cm of rainfall with Tropical climatic conditions ranging between 20-40˚C and is 500-1000m above the sea level. The forest here covers 1551 sq.km of land ie, 58.4% of the entire district. Rubber, paddy, pepper, coconut, banana, ginger, coco, sugarcane and pineapple are the major cultivations of farmers. This beautiful place is completely covered with verities of vegetation and can also be named as 'the Green Land of Kerala'.

Pathanamthitta came into existence in 1st-November-1982 and was inaugurated in 1st-July-1983. From the past onwards, this place was completely filled with pilgrimage and forest which were famous for its panoramic view, festivals and fairs. At first the district was under the Pandalam reign of the Pandya Kingdom. But by 1820, these places were added to Travancore. The centre of the 'Reunion Movement' was considered as Pathanamthitta in 1930's but the 'Malankara Orthodox church' took a decision to join the 'Catholic Church'. Its major cities Adoor, Kozhencherry, Konni, Ranni, and Pathanamthitta were first a part of Kollam district while Thiruvalla and Mallappally were a part of Alappuzha district. These were then separated and finally making a new district. 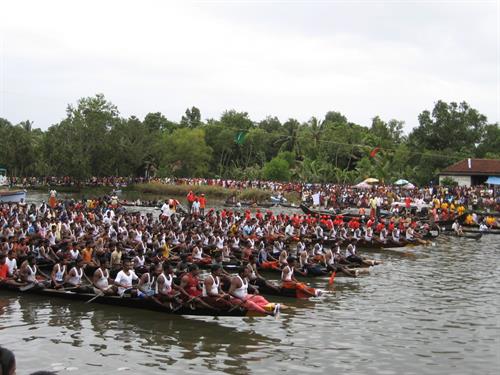 Pathanamthitta had a major contribution in the freedom struggle. In 1937, Mahatma Gandhi came here and started spreading the message of Charka and Khadi through 'Kadhar Das T.P. Gopala Pillai' who was a follower of Gandhi. In 1941, the 'Mahatma Khadi Ashram' was formed in Elanthoor and in the 'Khadi Movement'; his activity of 'ek paise fund' started emerging for the ordinary people. In 1921 people started to protest against British. But the students strike made in 1921 had uplifted the minds of the freedom fighters. Thus many people were inspired and took the decision to fly the British men away from their native place. 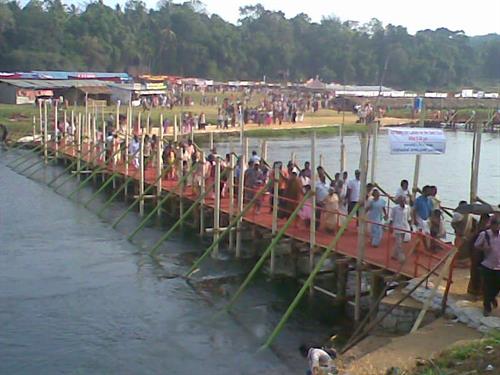 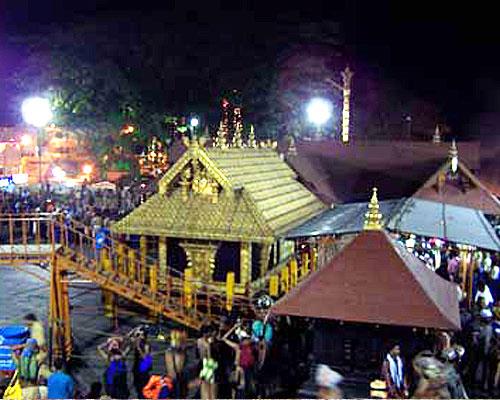 Rather than these there are a lot of other places which the tourists would love to visit like Pathanamthitta, Adoor, Erumeli, Nilakal, Pandalam, Cherukolpuzha, Niranam, Konni, Ranni, Thiruvalla and Vadaserikara. The visitors goes back from here with a bunch of good memories.