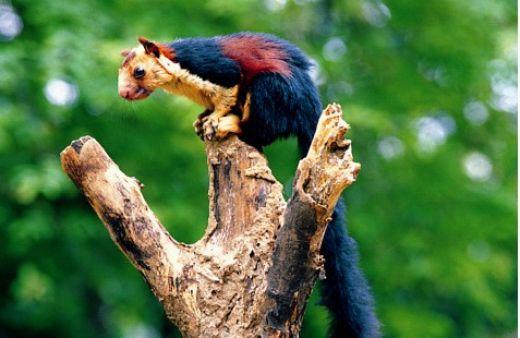 Parambikulam wildlife sanctuary is India's newest tiger reserve conservation area which is located in Eastern Kerala (Chittur taluk in Palakkad district). It lies in the valley between Anamalai ranges of Tamil Nadu and the Nelliampathy ranges of Kerala on the Western Ghats. It is popularly known as 'Nature's own abode' since it is one of the most attractive scenario in the entire stretch of the Western Ghats. This sanctuary is bounded by the Nemmara Forest division in the North, Vazhachal Forest division in the South, Tamil Nadu in the East and Chalakudy Forest division in the West. At present, majority of the people who visit this reserve are the locals. It is not yet very popular as a tourist spot. At first glance, the sanctuary resembles a playground. The tables and bamboo rafts are roughly hewn. Alarmingly, these rafts are used for spotting mugger crocodiles. It has a gapped tooth and a rustic finish which allows to track the crocodiles as it slips off the bank and passes beneath the raft. This sanctuary was actually created in 1973, but it was officially opened only last year (2010) by the Forest Department. The local tribes who live in the reserve area are also an important part of the blending ecosystem.

Although it will soon be widely open for tourism, a thought-provoking question arises as to whether tourists should be allowed to this reserve. In the recent years, there has been a huge decrease in the number of tigers left in India which forced the Indian government to limit the tourist travel to any of the other tiger reserves in the entire country. A debatable question can be raised in this context - Is tourism helping or adding to the problem of the country's diminishing tiger numbers? Critics advise that apart from scientists and rangers, humans should not be present in India's parks at all. The other side of the argument is that if managed cautiously, tourism is fundamental in promoting, protecting and sustaining India's wildlife sanctuaries (e.g.- The Amazon reserves). 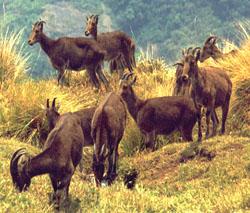 Parambikulam was created to form the missing link in a chain of seven conservation areas stretching 4000 sq km across the middle of southern India. The indigenous tribes of the area also have a role to play in the reserves. Currently, there are restrictions such as the number of vehicles that are allowed to enter the reserve is limited to 30 per day. These vehicles must come and go before sunset. Even the movement around the park is restricted. The park has been divided into three zone namely the Core Zone (this area has been preserved as the most undisturbed habitat), Buffer Zone (This area is managed for improving the habitat in terms of protection and plantation diversity. Once this is achieved, it will be moved as a core zone) and Tourism Zone (Only this area is open to tourists).

Wildlife-watching can be done only at dusk in the equivalent of a public bus and only on the prescribed route. Only about 30 tigers are present within the reserve's 285 sq km. It also has leopards with an impressive total of 55, which is one of the highest counts in India. There are some other reasons also why tourists come here apart from admiring the tigers. The Western Ghats are among the world's 34 biodiversity hot spots. Many other mammal species can be found here such as herds of elephants, gaurs (the world's largest bovine), monkeys, sloth bears, wild boars and deer's. It is also home to the first ever methodically managed teak plantations. One of the oldest and tallest teak trees in the world called Kannimara can be found here. The reserve's village is a crossroads of bamboo sticks and small concrete structures. The food that is provided at the reserve is made locally and water which is abundant in the park is purified on site to minimise plastic. The tribal people residing in the area take part in other eco-initiative jobs such as recycling plastic, making beeswax and honey from fallen combs on the park's boundaries, making souvenirs for the tourists etc. The reserve takes efforts to reduce poaching by employing the villagers for the jobs. There is also a funded school by the park. A tree house can be seen in the reserve forest area, which has to be booked in advance. The temperature in the sanctuary is always pleasant and usually around 15 degree Celsius and the maximum it reaches is 32 degree Celsius. The sanctuary is a treasury of medicinal plants. The tribal people have mastered the usage of these plants for curing diseases.

Parambikulam is open throughout the year but it is best to avoid a trip during the monsoons (between June and August). A visit during this time might not be very memorable as the heavy rains make the hill slides slushy and not firm. Boat cruises can also be arranged in the reserve park. I would recommend a trip to this wildlife sanctuary to anyone who loves the wilderness. It is definitely not to be missed!!