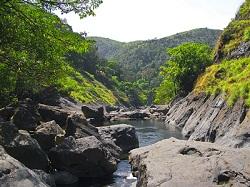 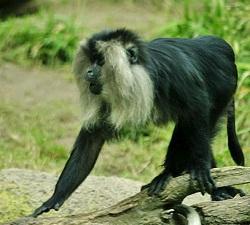 Silent valley is one among the important national park located in Kerala. In the case of silent valley, it has much difference from other eastern forest areas.

There is an island which became eminent in account with the different types of forests located there and its biodiversity. It's the Barokolarada Island in Panama Canal. Our salient valley is also a forest area with almost such diversity. Thus it became world famous. Scientists claim it took about five hundred lakhs of years for its formation. The most important fact about this area is that the absence of crickets. So we cannot hear the sound of crickets here as in other forests. It's the reason behind this name. It's believed Britishers had given this name which means valley of silence and also its earlier name was Sairandhri forest. Before 1970 scientific world was more or less ignorant about this area. Later the studies done by Steven green, Minoviski about the lion tailed macaque in salient valley led this area to the attention of outer world. In 1984 India Government by recognizing the importance of salient valley proclaimed it as national park.

It's a forest area known for its amazing wild creatures .From the 315 types of creatures about 34 are mammals. It's the home for the highly endangered lion tailed macaque. There was a proposal to build a hydro electric project there and if it had been build; it would have spelt doom for this rare species. Luckily there was a strong opposition from conservationists, and the proposal was dropped, giving the lion tailed macaque hope for survival. Leopard, varayadu, wild buffalo, nilgiri langur, elephant, bear, porcupine, tiger, wild cat, wild rabbit, etc are seen here. Several hundred species of birds are also spotted here. It's a native land of different varieties of butterfly. Salient valley is blessed with not only amazing creatures but also with a huge varieties of plant species. This national park with an area of 237.52 square kilometer is situated in Palghat district. 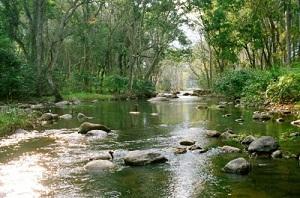 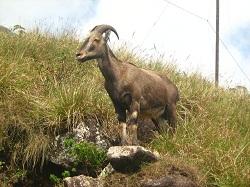 Aanamudi, highest mountain peak (2695m) of southern India is located here. In 1975 onwards it is conserved as sanctuary. In 1978 Eravikulam got its position renamed as national park. It has an area of about 97 square kilometer. About 94 types of grasses have been found out from this area. Among these most of the varieties are found only in India and Sri Lanka and also about ten varieties among these are only found here. It's the home land of varayadu one among the endangered species .This is the national park which took it's aspire for the protection of varayadu. More than half of the musk deers of the world are protected here. About thousands of varayadu have been found out here. Wild buffalo, leopard, Nilgiri Langur, wild dog, etc are some of the animals found and also it's a habitat for variety of birds too. Here is the sources of several rivers like chinnar ,Pambar etc.

Mathikettan shola national park was formed on October 2003. This national park is located in pooppara (Udumbachola taluk) in Idukki district.
Mathikettan shola is situated about 1100-1700 meter above mean sea level. From the region of Mathikettan shola an area of 12.817 square kilometer is selected and preserved as national park with the advice of the wild life advisory board for the protection of remarkable creatures and valuable plants. Majority of forests found here are Shola forests. Attractive feature of this area is the striking meadow found here. This area is well known for wild elephants and astonishing varieties of birds. 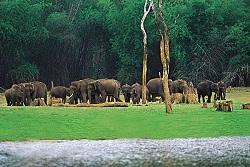 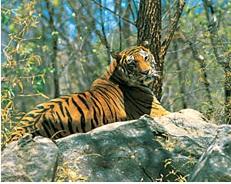 This wild life sanctuary situated around Periyar Lake is in Peerumadu taluk in Idukki. On 1895 when Mullaperiyar dam was constructed across this lake many of the forest area inundated. Wild animals approached this area when vast water resource was created in the middle of the forest. In 1899 decisions were taken to protect the forest area along the Periyar Lake. In the same year 600 square kilometer of the region of this forest area was recognized as wild life sanctuary. Later Srichithirathirunal BalaramaVarma, maharaja of Thiruvithakoor introduced a law for the protection of this forest. S.C.Robinson, a Britisher was given the post of wild life protector. By understanding the importance of this area Robinson conducted a talk with the maharaja for the protection this forest reserve and this resulted in the formation of the first forest law. In accordance with this in 1934 this forest area became the first wild life sanctuary of Kerala.

At those times its name was Nellikkampetti wildlife sanctuary. After Indian independence forest area nearer to the nellikampetti was also included to the protected area and preserved as sanctuary. Thus its area becomes 777 square kilometer and also it got the name as Periyar wildlife sanctuary. Later in 1982 it becomes a tiger reserve and thus a national park. From this forest, land with an area of 350 square kilometer is only preserved as national park. In 1991 the government also launched a new programme named Project elephant.

Today Periyar wildlife sanctuary is world famous. Thekkady is its most important part. Kumali is the entrance of Thekkady. From here it is only about two kilometers to the lake. While conducting boat journey through this lake we can see the remains of tree trunk once inundated due to the construction of Mullaperiyar dam. It's a beautiful sight to see the water birds resting on these tree trunks. Here Periyar has a depth of about 30 meter to 7 meter. It's the reason for giving entry for the visitors during the summer season when the water level goes down. We can travel through this lake for a distance of about 15to20 kilometer by observing the beauty of nature.

During 1972 only fifteen tigers were found here. By 1989 tigers number raised to 45. But still they were rarely seen by the visitors. They were able to recognize and hear even the slightest sound of the forest and they used to get down during the nights for catching their prey. Among the Indian states, Kerala has second position after Karnataka for the population of elephant. In Kerala majority of elephant population is concentrated in Periyar tiger reserve. This Periyar tiger reserve is one among the most gorgeous place located in Kerala and thus this area attracts tourists all around the world. 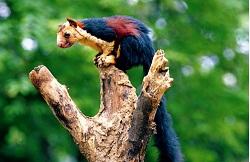 Majority of wild buffalo in Kerala are found here. Authority by recognizing the importance of this forest area in 1973 onwards it is preserved as wild life sanctuary and thus it became the third wildlife protected area of Kerala. It has a total area of 285 square kilometer. Marshy lands which are liked by the wild buffalos are found plenty in this area. Marshy lands with salt content are also found here. Indira Gandhi wild life sanctuary of Tamil Nadu is situated near to Parambikulam wildlife sanctuary. Wild creatures do not face much difficulty since these two wildlife sanctuaries are located nearer to each other.

Elephant, bear, tiger, porcupine, varieties of deers, monkeys, wildcat, fox, etc are there in Parambikulam. More than that nilgiri marten, crocodile, and poisonous snakes are also found here. World's tallest teak is situated in Parambikulam. This teak which is known by the name Kannimaram is also the oldest teak tree (500 years of old) among the world. Tree has a height of about 46 meter and width of about 6.5 meter. Indian government showed the respect to this tree by honoring it with mahavriksha puraskar in 1994-95. 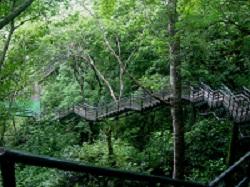 This wild life sanctuary got its name as Shenduruney because of the trees Shenduruney growing in a vast number there and it's a fact that these trees are only found here. In earlier times this trees were called as Chenduruney. Later this name was changed to Shenduruney. The wood trade of Thenmala was world famous during the times of Britishers.

Tiger, elephant, wild buffalo, fox, porcupine, monkeys etc are found here. It is also said that a vast varieties of birds are also found here. Still they appear before visitors very rarely. In India first ecotourism programme was introduced in Thenmala aiming for tourist attraction. There is also boating facility through the lake in the middle of the forest.

Silent Valley, one of the best places to visit in Kerala

Are you looking forward to visit Kerala for your next vacation? In this article, I will introduce Silent Valley, one of the best tourist places in Kerala.