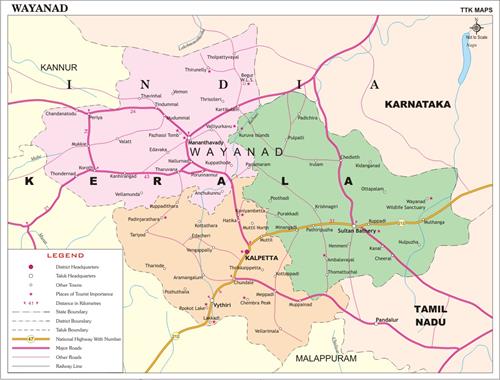 Wayanad district, 'the land of paddy field' or 'the abode of Kerala's tribal population' was established in 1st – November – 1980 by splitting some of the land from Kozhikode (Calicut) and Kannur (Canannore) and the district got its name as it completely comprises of vayal (paddy field) and Naad (Village). This hilly district is situated close to the mountain sahya in the south eastern part of Kerala. It is the least populated and the 12th district of Kerala. This district covers an area of 2,131sq.km with population of 816,558 numbers in total by 2011 census in which 401,314 are males and 415,244 are females.

For every 1000 males there exist 1034 females. About 29,612 of the total population are living in cities while 751,007 are villagers and have an average literacy rate of 89.32 with 4.60% of growth rate. Around 1677sq.km of total land is covered with forest ie, 78.70% of Wayanad. Banasuramala and Brahmagiri are the major mountains while Kabani, Panamaram and Manandavadi are some of its important rivers. Railway lines are unavailable here. The district headquarters and the municipal town here is Kalpatta. Every year this hilly district receives up to 250cm of rain and has an altitude of 700 to 2100m. Wayanad is a beautiful place for tourism with dense vegetation covered immensely and has huge waterfalls that rush down deep into the valleys.

Wayanad got its name as this place was completely filled with paddy fields and offers a climate to that of hilly terrain regions. It has become more than 3000 years of having inhabited forest areas and believed that there were settlements here for 10 centuries before Christ with great social interactions among each other. But the characteristic feature of this district is that it had a huge tribal population and they were under the control of the British, the Pazhasi Rajas of Kottayam and the tiger of Mysore – Tipu Sultan. There existed Bygone Civilization which resembles the writings and paintings on the walls of Ampukuthimala caves.

Tipu signed a treaty of Srirangapatna with colonial administrator and their army officers. Then there arose a huge battle between 'the Pazhassi Raja' of Kottayam and the British men. The British army could only find a dead body of Rajah who was forced to move into the wilderness of this district. They established their power when 'Pazhassi raja's tribal guerilla warfare' was dropped down by 'Lord Arthur Wellesley'. Their main aim was to spread their power all over the country and was not bothered of the settlers here. At first after the departure of British men, some parts from north and south of Wayanad was under the territory of Cannanore and Calicut districts, but later it was separated and formed a new district with three taluks. In 1973, the district planted its first wildlife park with dense vegetation and wildlife. 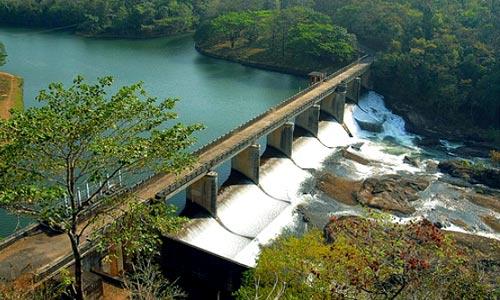 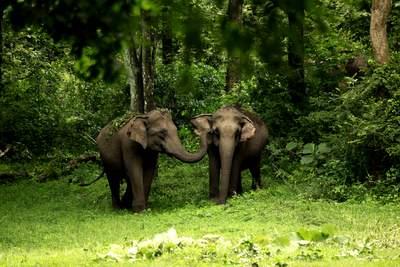 Rather than these there are lots of other places for the tourists like Ambukutty Hills and Edakal Caves, Chembra peak, Gundalur, Lakkidi, Nagarhole Wildlife Sanctuary, Papanasini River, Pulappally Cave, Pookotta Lake, Thirunelly, Vyitiri, Glass Temple of Kottumunde and many more. Visitors will have great memories when they come across to face the fascinating experiences in Wayanad.