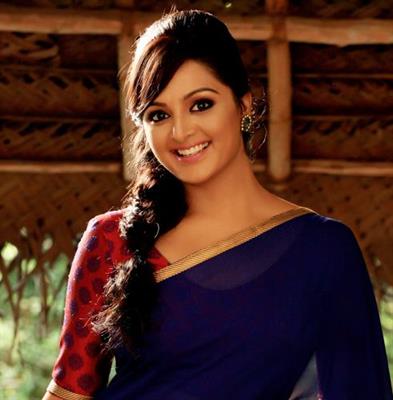 With the launch of her personal website, malayalanm actor Manju Warrier is entering the cyber space. The official website www.manjuwarrier.com gives complete information about the actor, her dance activities along with a galore of photos.

The official facebook page of the actor will also be unveiled soon. This digital archive is prepared by C.A. Media which has already proved its presence working for the websites of Amitabh Bachchan, Salman Khan and others. Manju would also be seen as a blogger in the near future too.

The website is an archive of information, photos and videos related to Manju Warrier who is much known for her acting brilliance. The website will carry videos of Manju's movies and dances. Through the official facebook page, visitors can directly talk with Manju.

Even though, Manju has left the movie field, she does have millions of well-wishers who wish to see her again on the silver screen. Even the unofficial facebook page of Manju has crossed three lakh fan followers.

Manju who had made her presence through dance performances of various stages is expected to make a comeback in movies. Even though many lead film makers took initiative to bring back the actor before the camera, Manju was taking her own time to rethink about her acting.

During the short span of 3 years, Manju Warrier had acted in 19 films made her screen appearance much more than the lead actors. The characters portrayed by Manju got the admiration of the malayalee audiences over the world. Manju Warrier currently lives in Cochin with her actor husband Dileep and daughter Meenakshi.