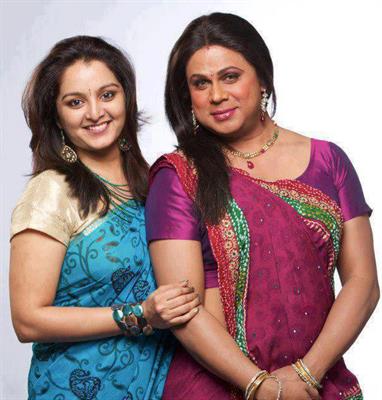 The online and print media is busy covering all news connected with actress Manju Warrier. Just after Manju shared her interest in appearing in movies, she became the prime focus for the media.

A few days ago people had crowded at the family court in Ayyanthole, Thrissur to view actors Dileep and Manju Warrier filing their petition for divorce. But the spectators had to return home disappointingly as the couple's divorce was a cooked up story.

Leaving a life line for the millions of movie fans, the actress would face the camera after a gap of 14 years sharing screen space with Amitabh Bhachchan for a commercial for Kalyan Jewellers, one of the leading jewelers in South India.

She will be replacing her husband Dileep who is currently endorsing the brand. Even though the amount which is being paid to the actress is not yet revealed, Manju has signed the agreement with the Kalyan for the highest- remuneration ever paid for an actor in Malayalam for a commercial.

Earlier, media was flooded with reports connected with the comeback of Manju. But a new twist has happened in the story, heard from the grapevine Manju would be acting in a movie produced by her husband Dileep. According to industry sources, Dileep is gearing up to introduce Manju with the duo as hero and heroine.

As reported by a prominent online media, during a audio launch held t Kochi, Dileep has shared his interest to produce a movie with him and Manju playing the lead roles. The film folks greeted the announcement with loud cheers, but the actor requested them to not leak the news until everything goes fine.

But more interestingly, it is not known that whether Manju has give nod to the move made by Dileep. Manju made an appearance before the public domain with her classical dance performances which has also been viewed as her first step to return to movies.

Manju Warrier's official website www.manjuwarrier.com has been launched. With the launch of the personal website, Manju is entering the cyber space while the official facebook page also will be unveiled soon. Added to it, Manju would be seen as a blogger in the near future too. The official website would give complete information about the actor, along with a set of photos. This digital archive is prepared by C.A. Media.

Do you wish to see Manju Warrier's Kalyan Jewellers Ad Film video and photos? If so you have to wait for a month too. After much speculation, Manju Warrier is all set to make her comback in-front of camera acting in an advertisement for Kalyan Jewellers along with Amitabh Bachchan. This would be the first assignment of the actress after 14 years of retirement from filmy career.