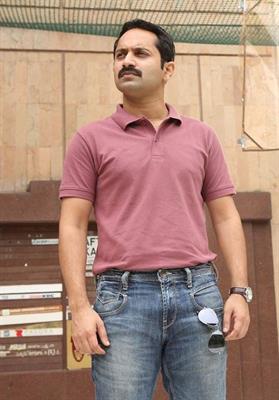 It would be interesting to note the revolutionary changes which happen in the malayalam film industry. With a long line of movie enthusiasts positioning behind and in front of the camera, more drastic transformations can also be expected. If things go fine, the year 2013 would end with not less than 150 releases and the same would continue in the following year too.

Fahadh Faasil, the busiest actor in mollywood would keep the same pace in the 2014 also getting tagged in few interesting projects. Titled 'Shivaganga Cinema Factory', the movie will be Fahadh's next venture to be directed by Babu Janardhanan. After 'Oru Indian Pranaya Kadha' and '1 by Two', the actor is all set to prepare himself bringing back the memories of late actor Jayan onto the silver screen.

The movie would be a journey through the 1980's, a period in which actor Jayan's death had happened. His real life missing created a vacuum but also gave space for few to flourish. Fahadh Faasil plays the role of Kunjikanan a native of Kannur who reaches Kodambakkam the place which was once the hub of Malayalam film industry with dreams to become an actor. Kunjikannan reaches Kodambakkam and joins the sets of a film in which Jayan was supposed to act.

The unexpected death of Jayan changes the fate of the Kunjikannan. He takes the place of Jayan, the evergreen actor and become a busy actor while changing his name to Arun Raj. With the actor goes missing, the story of 'Shivaganga Cinema Factory' brings a real twist which takes the movie to the next phase. Some real life incidents would add more colours to the interesting storyline.

The movie will have Raveendran and Maniyan Pillai Raju giving life to important characters. 'Shivaganga Cinema Factory' will start rolling from mid 2014.