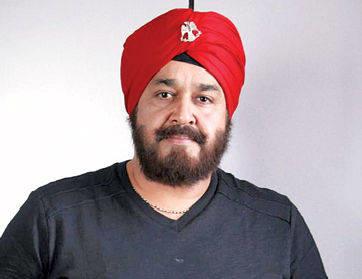 Mohanlal is known for donning idiosyncratic roles and experimental movies. After spoting eight different looks in 'Lokpal', the actor is gearing up to feature as a sardar in 'Happy Singh' directed by V M Vinu. Scripted by Deepu Karunakaran, Mohanlal will don the character role of Happy Singh, a wrestler in this out and out comedy entertainer.

Set in the backdrops of 1980's, the movie revolves around the life of a wrestler named Happy Singh. The movie planned to start rolling in 2014 will be shot in Punjab, Bangalore and Thirunelveli. Mohanlal would be playing a full-fledged role of a sardar, first time in his 25 years long acting career.

The story of the movie unfolds in a village where wrestling is a popular sport and favourite pastime of the people. Mohanlal dons the role of Happy Singh, a member of a respective family in Punjab. The later events which happen in the life of Happy Singh and the people living in the village will be complete entertainer creamed with humour, dance and songs.

This movie would also mark the reunion of director Vinu and Mohanlal after a decade with the previous hit flick Balettan which was released in 2003. Deepu Karunakaran who has scripted for Crazy Gopalan and Teja Bhai & Family is on the final stage of script works of 'Happy Singh'.
While his earlier film with Mammootty, Face to Face did not entertain the audience, V M Vinu thought of changing his mind to opt for much safer subject, comedy which the viewers wish to enjoy.

Mohanlal is currently at the stage of wrapping up his Tamil movie Jilla with Vijay. The movie has already raised huge expectations for the unique combo of two of the most popular stars in south India. The actor will take a break from acting to spend his days with family to Sao Paulo in Brazil.

So now it's now sure that the actor will not be having an Onam release. After his return in July, Mohanlal will join the sets of Priyadarshan's Gitanjali and My Family to be followed later.