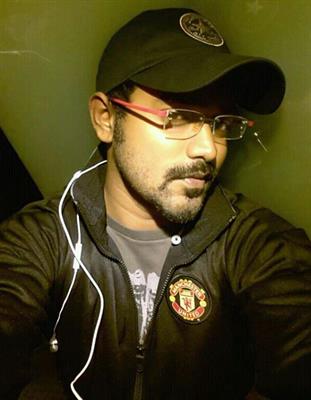 Young actor Asif Ali is on high ride getting connected with a long line of movies in kitty. After wrapping the shooting of Sunil Karikatura's Pakida, the actor is all set to take the lead in Ajith Pillai's directorial debut 'Mosayile Kuthira Meenukal' which will tell an interesting story set on the backdrops of Lakshadweep.

Touted as a thriller, this movie will be a visual treat for the movie lovers. To be produced by Niyas Ismail and Jinno Kuriakose under the banner of Frames Inevitable will go on floor very soon.

The movie will be blessed with the presence of Sunny Wayne who would be sharing screen space with Asif Ali. The story of 'Mosayile Kuthira Meenukal' would revolve around the life of Alex, a rich kid played by Asif Ali who sets off to Lakshadweep.

His journey to the exotic land has some reasons. The movie pools into some interesting events which takes the story to the next phase. Malayalam movie enthusiasts, who keep high interest in enjoying visual magnificence, would be experiencing the real visual treat to be offered by 'Mosayile Kuthira Meenukal'.

Much interestingly, this would be next malayalam movie shot in Lakshadweep reflect the lifestyle of its people and their culture after Ramu Kariat's 'Dweepu' which was released in 1976. It is known that a Bollywood actress would don the lead role in the movie.

Asif Ali who is currently busy with the shooting of Jis Joy's 'Bicycle Thieves' and would join the set of 'Mosayile Kuthira Meenukal' in November. The cinematography of the movie would be handled by Abhinand Ramanujan who has shown his skill behind the camera for the hit movie 'Amen'. The presence Prashanth Pillai as music director would adds more colours to the movie.

So get ready to experience the real visual delight offered by Ajith Pillai and his team.