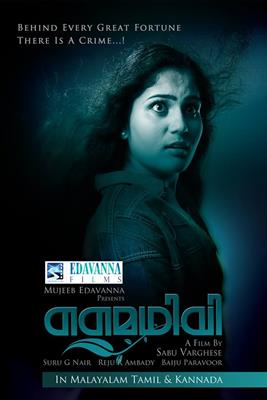 Are you ready to enjoy the real thrill of horror? If so, wait for a couple of months to taste the ecstasy of horror at your feet. After 101 Uruppika, Edavanna films is gearing up to cash for a new project titled 'Mythili'. Directed by Sabu Varghese, the movie will have tamil movie 'Poovana' fame Amritha in lead.

Produced by Mujeeb Edavanna under Edavanna Films banner, the movie is blessed with script of Suru G Nair. Kalashala Babu, Kiranraj, Ambika Mohan and a number of new faces will give life to other prominent characters in the movie. To be made in 3 languages, the movie will start rolling on 11th December with locations set at Mysore, Ootty, Banglaru and Gudaloor.

The story revolves around a girl named Mythili and her world of fascination which is filled with figment of the imagination. With a tag line 'Behind every great fortune, there is a crime'; the movie is believed to have some specialties which include using ultra stereophonic sound Efx first time in malayalam.

The camera would be safe in the hands of Reju R Ambadi while Rosery Babu stays behind as the choreographer. For the lyrics of Shafeeq Rehman, the music of the movie will be safe in the hands of Naushad Kannur. M G Sreekumar, Vijay Yesudas, Afsal, Chithra, Gaffor, Manjari and Unnikrishnan have lent their voice for the songs in 'Mythili'.

The movie simultaneously made in Malayalama, Tamil and Kannada is expected to reach theatres as a summer treat. Sabu Varghese who helms the project is much aware about the pulse of the young movie lovers. So his debutante venture will be creamed with suspense, thrills and excitement which could keep the viewers intact.

More interestingly, the film maker will introduce a number of new faces who wish to create their own space in the industry.