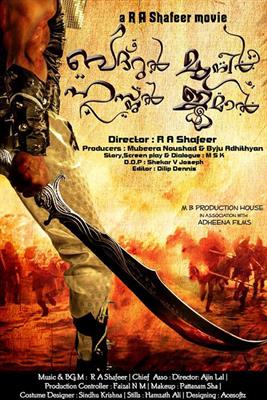 Rising hero Ameer Niyas will be the seen as Moithunni Musaliyar and Switzerland English theater artist Gatha Menon as the heroine. Nithin Paul, Lal, Manoj K Jayan, Riyas Khan, Aneesh G Menon and Shalin Zoya would give life to other prominent characters in the movie. Moithunni Musaliyar has made name being a man with iron body and strong heart. His struggle against the British has given strength to many youngsters to revolt against them.

Script writer Mohammed Shafeeque Koonungal (MSK) has given full dedication to add complete power to the characters. MSK who started his career working with 'Son of Alexander Samrajyam 2' is on the role to create his own space in the malayalam film industry through 'Badarul Muneer Husnal Jamal'. With no doubt, this historical musical love story will add more value to the interest of the movie enthusiasts.

This movie is being produced by Mubeera Noushad and Byju Adityan Kunnathully under the banners 'Adheena films' and 'BM Production House'. The music and background score will be done by R A Shafeer himself while Shehker V Joseph stays behind as the cinematographer. After working behind the screen capturing the beautiful stills for the movie 'Chennai Express', Hamsath Ali would spend his time working with Shafeer for this historical story. Ajin Lal would keep his mind close staying behind as the chief Associate director. The first look poster with a cutting edge designed by Acesofts has already got appreciation from the online community.

After pre structured acting workshops to be held during February – March, the makers plan to make the pooja during the end of April. The movie will start rolling from the second week of May with locations set at Wayanad, Ponnani, Nilambur, Coimbatore, Mumbai and Dubai. So get ready to welcome the real visual treat to be offered by R A Shafeer and his team.