After fashion photographer Abride Shine, now it is the turn of yet another celebrity photographer and ad film maker to make an entry into the film industry as director. With the World Cup football gearing up to become a life-affirming fiesta for the football fans all over the world, a movie which would feature the people who keeps the game close to their soul is under making. Titled 'The Beautful Game', the movie directed by debutante Jamesh Kottakkal featuring Prithviraj in lead role is expected to kick start very soon. 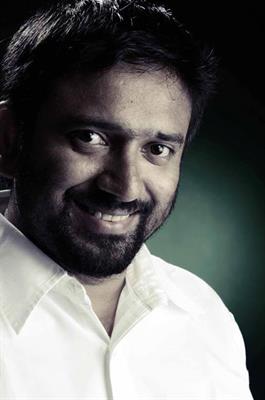 Jamesh who has been working in the industry as a celeb photographer for the past 10 years was looking for the right time to make the decisive thought. Coming from Kottakkal in Malappuram, Jamesh has been truly attached to football while the people in the region were eager to send their team to participate in competitions.

If cricket is religion for the game fans, the natives of the Malabar region of Kerala are too much emotionally attached to football. They worshipped the game while the team that formed in fact came out from an unusual experience. 'The Beautful Game' narrates the history and the present status of football in Malabar and Malappuram.

Prithviraj, the young hunk who was thrilled after hearing the story agreed to be a part it and provided enormous support to the project which truly has given extra buoyancy to the filmmaker. The movie would zoom into the inside story of the people who are psychologically and physically involved in the game. Veteran actor Mammokoya will play an important character in 'The Beautiful Game' scripted by Ajaykumar.

Popular football players who have contributed for the growth of football in Kerala and well known football players of India and other countries would also be a part of the movie. During his current schedules with committed ventures like 'Sapthama Shree Thaskara, 'Damaar Padaar' and 'Ennu Ninte Moideen', Prithviraj would join the team of 'The Beautiful Game'. After the pre production works, the movie is expected to kick start soon. The invigorating effect of football on the people of Malappuram would be picturized giving a visual treat for the movie lovers.