Ajay Venugopal who has already become the most wanted scribe in malayalam film industry is all set to move his pen for yet another project. After scripting for Peruchazhi, Ajay would keep a share of his time for the final works of 'Ivide' directed by Shaymaprasad. 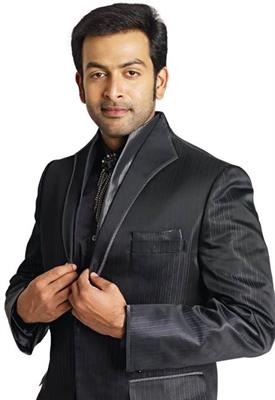 Touted as a crime drama shot completely in New Jersy USA, the movie will have Prithviraj, Fahad Fazil and Nyla Usha in lead roles. To be portrayed in a new generation style, 'Ivide' will start rolling from October 2014. An international crew including technicians and cast will be a part of this project which is to be produced by Sethu under the banner of Film World.

Riding on the success of winning the award at the national and state level for the movie 'Artist', filmmaker Shayamprasad known for his unique style of telling stories has roped in the best actors available in the industry for his upcoming project. He already has worked with Privithraj in 2004 for 'Akale' which too won critical acclaims and awards. The movie 'Ivide' is said to be a crime thriller. Even though it tells the tale of some people, as crime becomes a part of it, investigation too becomes a part of it.

Shyamaprasad who has espoused an inimitable way of filmmaking has delivered a number of unforgettable characters through his previous ventures. Some of the notable characters include Gayatri (Ann Augustine) and Michael Angelo (Fahadh Faasil) in Artist, Rose (Geethu Mohandas) in Akale, Deepthi and Nathan in Ore Kadal (Meera Jasmine and Mammootty) and many others. 'Ivide' would be Shyamaprasad's 10th movie who has mesmerized the audience with his previous projects like Agnisakshi, Akale, Ore Kadal, Ritu, Artist and others.

Meanwhile Prithviraj and Fahadh would be teaming up for 'Double Barrel', to be directed by Lijo Jose Pallissery. His upcoming movies in 2014 include Picket 43, Tamaar Padaar, Ennu Ninte Moideeen and Saptha Sree Thaskara.