Jewel Mary, much known among the television viewers as the host of 'D4 Dance' is gearing up to make her presence on the silvers screen too. Jewel who has a different style in anchoring was spotted by filmmakers Salim Ahamed and invited her to play the lead lady in his upcoming venture 'Pathemari' which spans into the life of Non-resident Indians (NRI). 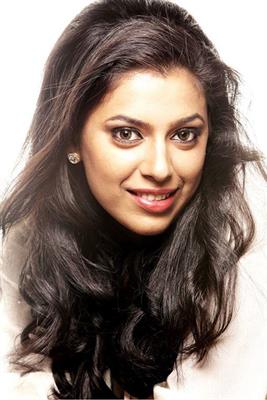 Mammootty play Pallickkal Narayanan, an NRI who spend his whole life to make a living. 'Pathemari' portrays Dubai of 1960 and tells the story of four generations connected to Pallickkal Narayanan. It captures the life of a Gulf Malayali, who lived in the Gulf for the past 50 years. Even though Jewel was offered with couple of projects, she was waiting for the right opportunity to make her foot in the film industry.

She plays Nalini, wife of Pallickkal Naryanan, the character played by Mammootty. Jewel is excited to share screen space with the megastar and was much interested with the concept of the movie. She is preparing herself to don the challenging role in 'Pathemeri', a period movie. Jewel plans to continue anchoring TV programmes along with films.

The movie has a star cast including Srinivasan, Siddique, Salim Kumar, Joy Mathew, Siddhique, Anu Joseph, Parvathy Menon and Anju Aravind. Sreenivasan plays Mammootty's friend, while Joy Mathew will give life to the actor's elder brother in the movie. Touted to be a family drama, 'Pathemeri' will capture the life of a pravasi whose family is in Kerala.

It will also be an attempt to showcase the impact the NRIs have made in the social, cultural and economical milieu of Kerala. The movie will go floors on October 5 at Ernakulam and will be completed in four schedules with Dubai, Hyderabad, Kochi, Thriprayar and Mumbai as locations. Madhu Ambatt cranks the camera while the sound designing would be safe in the hands of Oscar award winner Resul Pookutty.

Salim Ahamed has done an immense research to depict the story in its realistic format. He travelled many time to Dubai and talked with many Gulf Malayalis to understand their lives better. Khader Hotel in Dubai, Dunkan Mohalla in Mumbai and the Thrissur railway station in the 80's will be recreated in the movie.