Young actress Ananya who had been much selective in choosing her roles has opted for yet another different character role. She will be seen in a totally different avatar in Anu Ram's directorial debut 'Kalyanism'. This woman oriented theme completely shot at Dubai, the movie spans through the happenings of a family settled here. 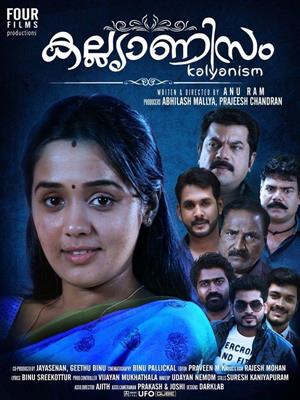 Taken from a real story, the movie zooms into the life of a housewife who is left with no option but to be strong and survive. Mukesh, Kailash and Spadikam George have given life to other prominent characters. After 'Persiakaran', Adil Abraham will give life to an important role which has negative shades.

Scripted by the director himself, the movie is being produced by Abhilash Mallya and Prajeesh Chandran under the banner Four Films productions. The camera is being handled by Binu Pallickal. 'Kalyanism' which travels through a different path would deliver a visual treat for the moviegoers. Ananya was last seen in 'Athithi', the tamil version of the malayalam blockbuster Cocktail.

As the movie 'Kalyanism' demanded more performance from the actress, she delivered her job well. The movie would give yet another opportunity for the lead actors to deliver their best before the camera. After the final cut, 'Kalyanism' is expected to reach theatres very soon. 'Vellivelichathil' and 'Persiakkaran' are couple of movies which were exclusively shot in Gulf.

Ananya is waiting for the release of her movie '100 Degree Celsius'. This movie too is woman oriented which revolves around the life of 4 women. More than an actress, she is known for her talent in singing too. Ananya sang a poem set to music for Sarayu's short film 'Pacha' and a Tamil album 'One Love'. She also lent her voice for the movie '100 Degree Celsius', along with her co stars Swetha Menon, Bhama and Meghana Raj.