M. Mohanan, the filmmaker who made an impressive start with his first movie 'Katha Parayumpol' is gearing up for a strong comeback with his upcoming project 'My God'. The movie touted as a social thriller revolves a 15 year old boy named Sam Thottungal. Suresh Gopi and Miya George will give life to prominent characters along with a new face who gives life to Sam, the central person. 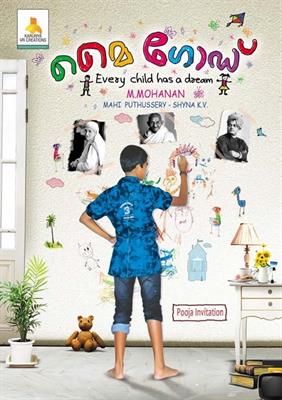 The movie penned by debutant scenarist duo Geo Mathew - Nijo Kuttikadu revolves around the life of Sam, the son of a rich planter from Thodupuzha. Like any other child, his life is loaded by the expectations of his parents and society. The stressful life of Sam is being well portrayed by Mohanan through this movie. Suresh Gopi plays Aadhiraja Bhattathiri, the CEO of an IT firm and a bold activist who deals with problems concerning children.

Mia gives life to a paediatric psychologist while Vineeth Sreenivasan will play a key role, as a techie and brother of Sam. After the pre production works, 'My God' will kick start from first week of November at various locations of Thodupuzha and Kochi. For the lyrics of Rafeeq Ahamed and Ramesh Kaviil, the music is being set by Bijipal. My God is being produced by Mahi Puthusseri and Shyna V under the bannerKarunya V R Creations. Jithu Damodhar will helm the camera for the movie.

Suresh Gopi who has earlier worked with Vineeth's father, scenarist-actor Sreenivasan in movies like 'Aanaval Mothiram' and 'Pilots' will share screen space with the young actor for the first time. Mia and Suresh Gopi were earlier seen in Joshiy's 'Salam Kashmir'.

Taking a break from the small screen anchoring, Suresh made a strong comeback with with the acclaimed emotional-drama Apothecary. His next release would be 'The Dolphins', directed by Deepan and penned by actor-scenarist Anoop Menon.