If reports are to be believed, dream combo directors Siddique and Lal are teaming up after a gap of 20 years for venture which will have Dileep in the lead role. Titled 'King Liar', the movie touted as a family entertainer. Scripted by Siddique, the movie revolves around the life of a young guy who opens his mouth only to eat and tell lies. 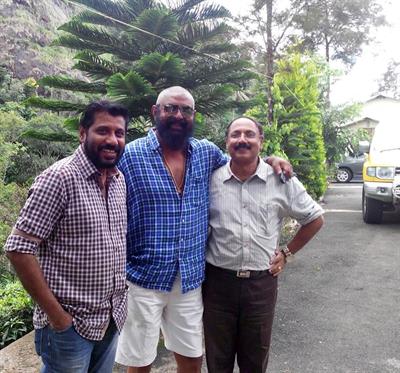 It is rumoured that Mukesh will also be a part of this movie. 'King Lair' is proposed to kick start during the first quarter of 2015 and would reach theatres as an Onam visual delight. Expectations are on the peak as Siddique-Lal join for a new venture. The movie will be produced by Ouseppachan Valakuzhi.

The team which has delivered all time hits like 'Ramji Rao Speaking', 'Harihar Nagar', 'God Father', 'Vietnam Colony' and "Kabooliwala". The all-time comedy crap 'In Harihar Nagar' created record by successfully completing 373 days in theatres. After 'Kabooliwala' released in 1993, the duo split for personal reasons.

Siddique alter continued his passion of filmmaking and gave hits like 'Hitler', 'Friends', 'Chronic Bachelor' and 'Body Guard'. He even made the malayalies proud by recreating the magic in bollywood through the movie 'Body Guard' which had Salmaan Khan in lead.

In the meantime gave prime importance to acting and producing movies. He made a comeback in direction with the movies '2 Harihar Nagar' and 'In Ghost House Inn'. Sidhique is currently busy with the post production works of 'Bhaskar The Rascal', the movie which stars Mammootty in lead. To start rolling from December, the movie will reach theatres in 2015 as a Vishu treat. The movie will be thickly packed with extremely coloured dance, comedy and thrills.

Dileep who is currently undergoing the shoot of 'Ivan Maryadaraman' has a tight packed schedule. His committed projects include Jeethu Joseph's "Life of Josutty" and Sreebala's directorial debut.