Tamil star Sreekanth and Bhavan will be paired in an upcoming project helmed by Radhakrishnan Mangalath. The movie titled 'Swapnathekal Sundaram' touted to be an out-and-out family entertainer which is slated to release during the 2014 summer. 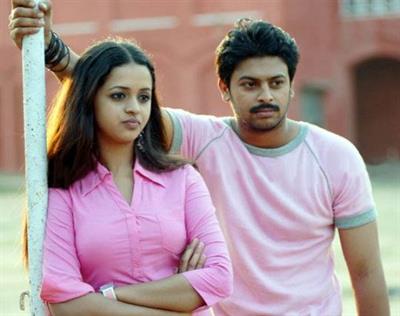 Scripted by Krishna Poojappura, the movie revolves around a village girl who gets married to a businessman working in the city. How she manages to live according to the city conditions with their 9 years old boy forms the main crux of the movie. Anu (Bhavana), a village girl happens to meet Rahul (Sreekanth), a multimillionaire who runs a chain of business. As they fell in love and got married, Anu has to shift her base to the city.

In course of her life, she has to face certain unexpected events. Kalpana, Archana Kavi, Vijayaraghavan and Indrans will give life to other prominent characters in 'Swapnathekal Sundaram'. Being a performance-oriented role, Bhavana will be looking forward to deliver her best artistic style before the camera. The makers are planning to rope in a lead star from the South to add surprise element for the viewers. The movie will kick start from December 2014.

Gautham Menon much known for his acting brilliance in the movie Philips and the Monkey Pen will play the kid of the couple. Sreekanth is much familiar for the malayalam audience for his appearance in movies like 'Uppukandam Brothers Back in Action' and 'Hero'. Radhakrishnan Mangalath has already established in presence in 2014 through the family entertainer 'Sakudumbam Shyamala'. The filmmaker is looking forward to bring back his golden days through his upcoming venture.

Bhavana with a handful of projects in kitty is currently undergoing shoot of 'Evide' directed by Shamaprasad. She is also a part of 'Mythri' and an untitled Kannada movie. Bhavana gave a realist performance in 'Angry Babies' which produced good collection at the box office.