Manju Warrier, who made a strong comeback in acting through 'How Old Are You', is making her base strong by signing projects back to back. After her ongoing movie alongside Mohanlal helmed by Sathan Anthikad, Manju will unite with Aashiq Abu and Rima Kallingal for a women centric thriller. 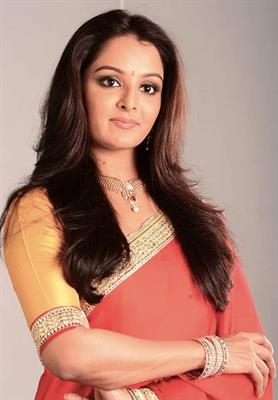 The movie titled 'Rani Padmini' having Manju Warrier and Rima Kallingal in lead will start rolling at Bangaluru from January 2015. Scripted by Shyam Pushkaran and Ravi, 'Rani Padmini' is reported to be a travelogue of two ladies who starts their journey from Kochi and ends in Himachal Pradesh. Rima and Manju will play the title characters Rani and Padmini respectively.

Following the path of recent trends in the malayalam cinema, this would also be a heroine oriented movie creamed with elements of suspense and fun. With no male actors in the lead, 'Rani Padmini' will reach theatres as a summer delight. The movie will go on floors by first week of January 2015 with Kochi, Delhi and Himachal Pradesh as major locations. Manju is also pairing up with Mammootty for an upcoming project directed by Joshiy.

Meanwhile, Rima Kallingal, after taking a break from movies is all set to bounce back with some interesting ventures. Even though, Aashiq announced 'Oppana' as his next project, now it is known that the filmmaker has decided to concentrate on the movie with 'Rani Padmini', the women centric theme. If things go fine, Manju will join hands with Joshiy for his next movie. Scripted by Ranjan Pramod, this untitled project will go on floor by mid 2015.

Manju Warrier who gave a majestic performance in 'Pathram' helmed by Joshiy will give life to a pivot character having maximum room for act. 'Pathram' was a huge hit in Malayalam and had run of more than 250 days in theatres. Joshiy is currently busy with the post-production of Mohanlal – Amala Paul-starrer 'Lailaa Oo Lailaa' which is set for January 2015 release.