Following the path of new generation films, yet another story based on the youngsters is currently progressing in the outskirts of Payyanur. Titled 'Adutha Aal', the project is being helmed by debutant Valsaraj Thrikkaripur. Aswin Sasi and Kalyani Nair will give life to the lead characters. The movie zooms into the life of Agnus, a bold character by nature. 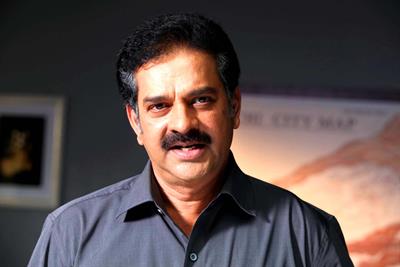 Agnus, (Kalyani Nair), an orphan is a very bright and hardworking student studying in a engineering college. She is a very bold and courageous girl who fights against social evils. Her acts against the societal problems always surprised others while made them to think suspicious about her. Agnus tried to stop drug peddling in the campus with the help of some of her college mates. Her activities were not liked by big business men. Varma, the principal of the college considered Agnus as his own daughter.

She extended her support to those who wishes to escape from the clutches of drugs. In her attempts, Agnus gets the help from Vikas (Aswin Sasi) and later they become good friends. As a business tycoon G P finds her much troubling, he tries to corner Agnus and Vikas. The arrival of 'Adutha Aal' who knows everything results in some intriguing events which forms the crux of the movie.

Sumith, Satheesh V Kumar, Parameshwaran Namboothiri, Devan, Indrans, Shari, Mamukoya and Beena Antony will be seen in other prominent characters in the movie. For the story of Gireesh, the script and dialogues are written by Chandran Ramanthally. 'Adutha Aal' is being produced by Gireesh Kunnumel under the banner Sree Mookambika Communications. For the lyrics of Gireesh Kumar, the music is set by Kanjangadu Ramachandran.

The camera is being helmed by Hariprasad. The shooting of the movie is being carried out at Payanoor and Thrikkaripur. After the final cut, Adutha Aal will reach theatres very soon.