Moviegoers will have much to celebrate when a dream team unites for a single project. After the majestic success of his previous ventures, filmmaker Vyshakh is gearing up to helm yet another project to be made under a big budget. 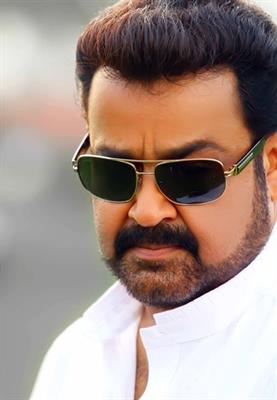 The movie titled 'Pulimurugan' which has Mohanlal in lead will kick-start soon after the release of Vyshakh's 'Cousins' which is expected to reach theatres during Christmas. 'Pulimurugan' would be a visual delight planned to get released during summer 2015. Scripted by Udaya Krishna - Sibi K Thomas, the movie will be a complete entertainer packed with elements of humour, thrills and suspense.

Pulimurugan is being produced by Tomichan Mulakupaadam, under the banner of Mulakupaadam Films. The most wanted scriptwriters Udaya and Siby has earlier penned for Mohanlal's movies like 'Twenty- Twenty' and 'Christian Brother'. The movie touted as a mass entertainer is said to be along the lines of 'Naran', 'Aaram Thampuran' and 'Narsimham'.Mohanlal who took a break for acting is currently on a vacation to Antarctica along with his family. After his 20 days lesuire trip, the actor will be back during the first week of December.

Before setting off for the trip, Mohanlal wrapped up the shooting of his movie with Manju Warrier, which is directed by Sathyan Anthikkad. This highly expected movie will hit theatres in the first week of January 2015. 'Lailaa O Lailaa' directed by Joshiy is due planned to release as a Christmas treat. As the script did not get finalized, Mohanlal has rescheduled his dates given for Madhupal which initiated the actor to go ahead with Vyshakh's project 'Pulimurugan'.

Vyshak, who has made his presence felt from his directorial debut 'Pokkiri Raja' took the audience in hands through this later fairly successful movies like 'Seniors', 'Mallu Singh', 'Sound Thoma' and 'Visudhan'. 'Cousins' made with a budget of 10 Crores starring Kunchacko Boban, Indrajith, Suraj Venjarammodu and Joju in lead will be pure entertainer.