Avira Rebecca, who shot to fame with his previous ventures like 'Thakarachenda' and 'Pigman', is ready with his next project which zooms into the life and culture of a tribal community in Wayanad. The movie titled 'Negalukal' tells the tale of aged and deceased men belonging to Kurichya community. Manoj K Jayan dons the role of a 60 year old adivasi farmer named Raman. Chandni, Irshad, Babu Annoor and Bibin will also be seen in important roles. 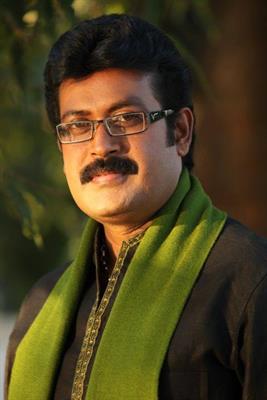 Avira much known as a filmmaker with extreme talent aims at bringing out the good which is currently missing in the society. Her spend his time doing research and studies on the life of traditional farmers of Wayanad. His hard work later was formed into a script which is the backbone of 'Negalukal'. The movie is truly connected with the life of Darappan, a traditional grower. Avira having an experience delivering parallel stories would deliver a visual delight with his new venture.

While agriculture is considered to be a failure by many, Raman never thinks about its commercial side but find it as a part of his life. Being a model farmer, Raman discovers happiness by following a natural culture. Years back, Wayanad had a natural beauty well supported by extended paddy fields, rain and snowfall. As the life of the people was mostly connected with agriculture, they used to work in the field and fill their storerooms with food for the future.

There were a number of workers willing to lend their time for the purpose of agriculture. But with the process of modernization, situations and material needs were changed. Even during this juncture, Raman finds it hard to adjust with the changes and leads a peculiar lifestyle. He shares his knowledge about the history of agriculture to the new generation.

The struggle for existence made by the old man forms the crux of the movie. 'Negalukal' is produced by Minnal George under the banner of Sun Cine Productions. The camera is handled by Bejoyce. After the final cut, the movie will reach theatres soon.