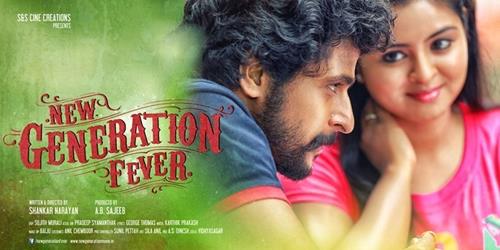 Along with transformation in technology, the life and thoughts of people would rather change accordingly. Taking the chances of problems created by internet, filmmaker Sankar Narayan tries to unveil a murder mystery in a different format. Titled 'New Generation Fever', the movie zooms into the some serious issues created due to the misuse of internet.

Young actor Biyon Gemini will be paired with new face Deepthi for this investigative thriller. Deepthi, the daughter of yesteryear actress Sumithra plays the character Indraja, a brave and well educated girl who is brought up by her mother. In this modern era, few problems created by the misuse of internet leads to a murder.

As a part of the investigation, the inquiry is being carried out using the most modern technologies. Interesting incidents happen later which takes the story to the next level. Creamed with humour and thrills, 'New Generation Fever' will be complete entertainer for the movie enthusiasts. 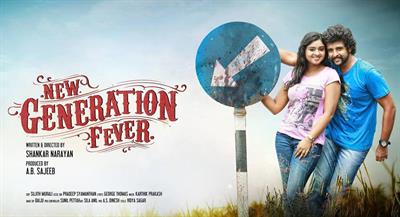 Devan, Thalaivasal Vijay, Prem Kumar, Anil Murali, Saju Kodiyan, Narayankutty, Jaffer Idukki, Shaan, Sajimon, Munshi Baiju, Marvin, Bindu Varapuzha, Manju Raghav, Anju Jerry Mathew, and Subbalakhsmi have given life to other prominent characters in the movie. The movie is being produced by Sajeeb B under the banner S & S Creations. For the lines of George Thomas, the tunes are set by Karthik Prakash. The camera is being helmed by Rajiv Vijay.

The shooting is progressing in the outskirts of Thiruvanathapuram. Deepthi who has earlier worked in 'Monayi Angane Aanayi' opposite Aju Varghese is looking forward to make her foot strong in the industry. Inspired by her mother Sumithra and sister Umashankari, Deepthi is well supported by her father D Rajendra Babu, a well-known director. Her sister Umashankari is a known actress in the Kannada film industry.

Meanwhile, Biyon Jemini much known for his acting brilliance in a number of movies is getting back to back offers. He has already completed the shooting of 'Uthara Chemmen' and '1000'. He shares screen space with actors Bharath and Maqbool Salmaan in the movie '1000' which revolves around a 1000 rupee note and the lives connected to it.