After wrapping up the shooting of his committed projects, heart throb Nivin Pauly will join the movie directed by Adv. Sangeeth Louis. Titled 'Mantkrikathooval', the movie tells the tale of a magic feather which could influence the political situations of the state and power to change the social behaviour. Unni Mukundan, Miya George and Iniya will join the bandwagon supported by Suraj Venjaramoodu, Nedumudi Venu, Lalu Alex and Salim Kumar. 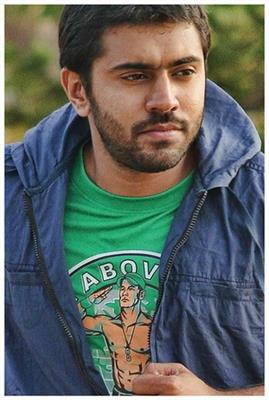 Touted as a fantasy thriller, 'Manthrikathooval' will be creamed with essence like humour and suspense to make it a complete political satire. Kuttanad, Bagluru, Kuttikkanam and Ottapalam will be the major shooting locations of the movie. As fantasy movies like Philips & The Monkey Pen and Ithihasa won the hearts of the spectators, more filmmakers have diverted their thoughts to deliver such visual delights.

Nivin Pauly, having completed the shooting of 'Mili' and Premam' will join the sets of the untitled project helmed by Prajith Karnavar and scripted by Vineeth Sreenivasan. The movie will also be the union of 'Thattathin Marayathu' team comprising of Vineeth Sreenivasan, Nivin Pauly and Aju Varghese. Nivin will also play the lead role in Lal Jose's forthcoming movie. He is also sharing screen space with Prithviraj and Bhavana in Shyamaprasad's 'Ivide'.

Meanwhile, Adv. Sangeeth Louis who has earlier directed movies like Ilanjikkavu P.O and Ashamsakalode Anna will be looking forward to create his own space in the film industry through this upcoming venture. Manthrikathooval will bring Nivin and Miya together for the first time in their acting career. Unni Mukundan is playing a pivotal role in the movie after the success of Vikramadityan. Nivin Pauly and Unni Mukundan has earlier shared screen in the movie 'Vikramadithyan' directed by Lal Jose.

Even not much projects in kitty, Unni is currently acting in Mammootty starrer Fireman and is waiting for the release of his bilingual 'Samrajyam II: Son of Alexander.