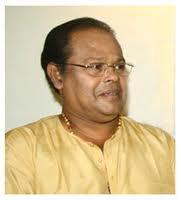 Innocent Vincent or Innocent as he is popularly known, is a renowned Malayalam film actor and producer. He was born in Irinjalakkuda in Thrissur district of Kerala, India. He is one of the most successful comedy actors of Malayalam cinema. Innocent was able to create a unique style in mannerisms and dialog delivery, especially his Thrissur-style dialog is very popular among Malayali film lovers. His unique style of mannerisms and diction has made him extremely popular with mimicry artistes. Innocent is portrayed as Mahabali during Onam season, with various mimic groups competing with one another in imitating his voice and mannerisms. Popular film makers like Priyadarshan, Satyan Anthikkad, Fazil and Kamal make it a point to cast Innocent in their movies. He can also handle character roles with equal ease. He has been the president of Association of Malayalam Movie Artistes (AMMA) for 9 years. He has held the post for the last three consecutive terms.

Innocent entered movie industry as a producer along with his friend David Kachappily. They had produced movies like Ilakkangal, Vida Parayum Mumbe, etc. Innocent had also acted in Ilakkangal. In a career spanning over 30 years, he had worked in around 500 movies. He had also appeared in one Tamil and two Hindi movies.

Innocent has published his memoirs in the book entitled Njan Innocent. He is also involved at work of his collection of short stories. Innocent also writes columns in magazines and newspapers.

Though there were reports in the media about his entry into politics,he still hasn't taken the plunge. He is married to Alice, and has a son.

It is very important that the voice of innocent is synonymous with Mahabali, the mythological king of kerala. Mimicry artists popularised this iringalakuda slang through their audio cassetts almost 10 years ago. Surprisingly, the present popular actor Dileep was behind that cassett Maveli visiting Kerala during Onam season.

hi Boban,
Thanks for your response.
The point is noted.