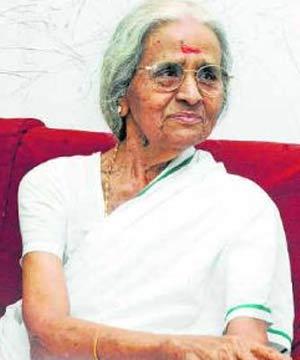 Aranmula Ponnamma, one of the eminent and famous Malayalam actress passed away(22 March 1914 - 21 February 2011)today at a private hospital in Trivandrum.

Ponnamma received the State and National awards for best supporting actress for her performance in Kathapurushan(1995), directed by Adoor Gopalakrishnan. She had also received the 'J.C. Daniel Award for Life time Achievement' in 2006 for her 60 years of performance in Malayalam movie.