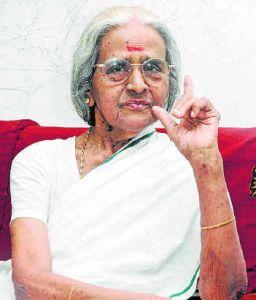 Veteran Malayalam actress Aranmula Ponnamma passed away at a private hospital in Thiruvananthapuram on 21st February 2011. She was a 96 year old lady and died due a back injury. Her demise has been a great loss to Malayalam film industry. She had been doing mother roles from the late 60's itself and we can sadly say the Malayalam Cinema lost her grand mother. It has been more than a week; she has been hospitalized for her back injury resulted from a fell down. At a point of time the situation become worst and she just passed away at 6.30 PM on 21st February 2011, Monday. Aranmula Ponnamma is the grandmother of Actor Suresh Gopi's wife Radhika. Ponnamma's body will be moved to her house in Jagathy and the funeral will be held on 22nd February.

Aranmula Ponnamma was born in 1914 as a daughter of Keshavapilla and Parukkutti Amma in the place known as Aranmula in Pathanamthitta district of Kerala. She was very good in music since she was born in a musical ancestral family. Her mother Parukkutti Amma was her taught her the first lessons of music. She carried out her further musical studies under Ambalappuzha Nanuvashan. She got married to Krishnapilla in the age of 14 and just joined as a music teacher in a musical academy in Pala in the age of 16. But she continued her musical studies even though she was a teacher. And she finally she became a music teacher in Thiruvananthapuram Cotton Hill Girls High School. 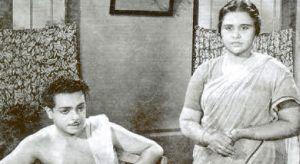 It was during the time of Second World war, life became more tough and the wages she would get as a teacher didn't make for anything, so she then began to concentrate for Drama section. She started her drama career from 1945 in a skit named Bhagyalakshmi by Oachira Drama Academy. She acted as the heroine of Augustine Joseph, who was the father of the musical legend Padmashri K J Yesudas. The skit has changed her life and then she got so many offers from drama academy and from Malayalam film industry too. But most of the role she got in Malayalam film industry was of mother roles. She entered Malayalam film industry in the age of 36 with her film named Sasidharan. Then she acted with evergreen Malayalam actors like Prem Nasir, Sathyan, Madhu etc. She was also a national Award winner of the best supporting actress for the film Kadhapurushan in 1995.