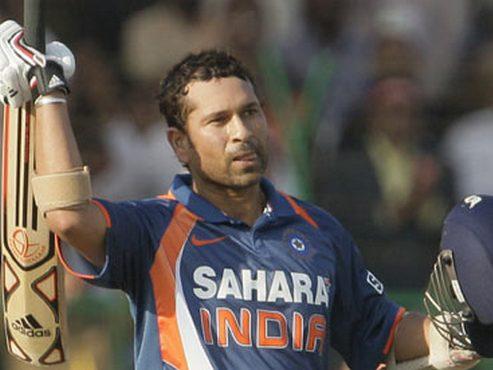 The cricket god from India in the name of Sachin Ramesh Tendulkar is one short of his 100th International century in his entire cricket career. He has already scored 51 test centuries and 48 ODI centuries. All the cricket fans are eagerly waiting for their favourite cricket star to get his 100th ton. The Semi Final of ICC World Cup 2011 is a great platform for Sachin Tendulkar to score his 100th century. There has already been a big challenge from the Pakistan cricket team that they wont allow Sachin to reach this milestone against them in the Semi Finals.

Sachin Tendulkar had an outstanding tournament in the ICC World Cup 2011. He is the one among the top 10 leading run scorers in the tournament. Sachin has scored 379 runs in the tournament including two centuries against England and South Africa. He is an asset for Team India as a batsman as well an experienced player. Team India and the whole cricket fans are waiting to see the performance of this batting legend in the ICC World Cup 2011 Semi Finals against Pakistan.

Sachin the legend, first man in the history of the game score 50 test centuries

Yet another mile stone, the little master Sachin Tendulkar made history in the test Match against South Africa scoring his 50th Test hundred, he is the first man to score 50 Century’s in the history of the Game. He is the top run getter in the both form of the games and he holds the record for max number of Century’s in both Test Cricket and One day cricket.