PJ Joseph is an MLA and the leader of the Kerala Congress party in Kerala. His native place is Thodupuzha in Idukki district. His party is a part of the Left Democratic Front (LDF) as an alliance. Joseph's wife's name Santha who is a gynaecologist and the couple has three sons and one daughter. PJ Joseph has obtained a B.A degree in Economics from Loyola College in Madras and M.A degree from Sacred Hearts College, Thevara. In the political field, he has held many positions such as Minister for Home Affairs, Minister for Education and Excise, Minister for Revenue and Housing, Minister for Public works, Founding Convener of UDF, Chairman of Kerala Congress, Chairman of Gandhiji Study Centre, Life Member of Indian Science Congress and Member of Kerala University Syndicate. Some of PJ Joseph's political achievements includes Introduction of DPEP education system, Introduction of Plus 2 schools in Kerala, Introduction of international standard roads and pioneering of Bio and Organic farming in Kerala. 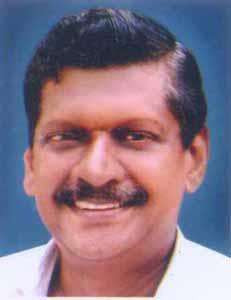