Oommen Chandy is a politician who lives with the common peoples of Kerala. Whenever any problem arises in Congress or even UDF Oommen Chandy will be there 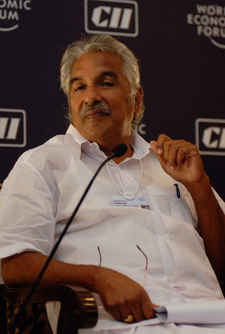 for solving this. This means that he have great influence in party as well as in common peoples. Oommen Chandy also have a very good influence in Puthuppally which is his own constituency.

Oommen Chandy was born in 31 October 1943 at Puthuppally as a son of K.O. Chandy and Baby Chandy. It was in upper class Christian family where Oommen Chandy born. Later he married Smt. Mariamma Oommen who was a Canara bank employee. They have a son and two daughters. His son is Chandy Oommen and daughters are Maria and Achu married to Mr. Rikki Mathew and Mr. Leejo Philip respectively. 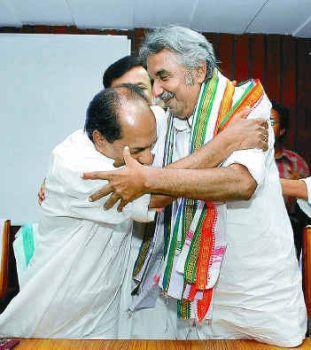 Oommen Chandy comes in Kerala assembly for first time by defeating LDF candidate M.George with 7258 votes in Puthuppally. Then in 1977, 80, 82, 87, 91, 96, 2001, 2006 and 2011 he keeps his place in Puthuppally. Oommen chandy became minister for Labour in 1977. He was defense minister from 1981 December to 82 March in Karunakaran ministry. Oommen became the key person of Antony group and leaves the party along with A.K Antony. After the re-union Oommen Chandy concentrate more in party and stay away from ministry. He became UDF convener during this time and resign from the post when Vayalar Ravi resign from minister post. Oommen Chandy then became the finance minister in 1991. Due to problems in Rajya Sabha seat of M.A Kuttappan he resign from ministry giving a heavy warning to K.Karunakaran.