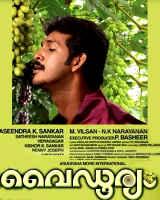 A Saseendra K Sanker movie, Vaiduryam, stars Kailash and Nakshatra in the lead roles. Being a debutante in the director role, the film is a big hope for Saseendra. Others in the cast club include Jagathy Sreekumar, Saikumar, Vijayaraghavan, Suraj Venjaramood, Mamukkoya, Vinaya Prasad, Kottayam Naseer and others.The producer of the film is M Wilson and Vidyasagar is the music director, and the songs are already a super hit. 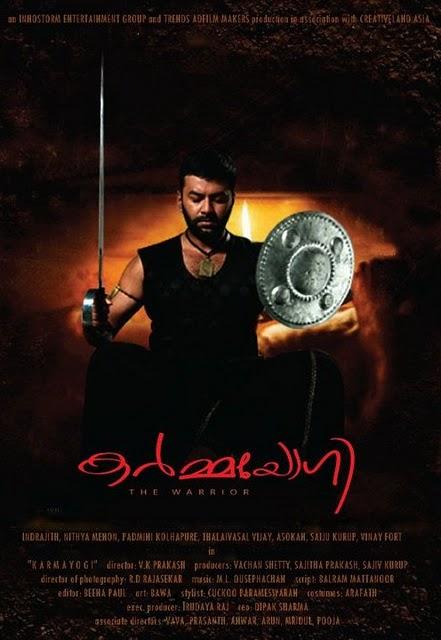 Indrajith in the main role, Karmayogi, is a depiction of Shakespeare's Hamlet, inculcating the ancient Kerala art form 'Kalaripayattu'. The attraction in the movie would be the Bollywood actress Padmini Kolhapure, acting as his mother. The lead heroine in the movie is Nitya Menon. This V K Prakash directed movie, can be placed in the drama genre. Under the Innostorm Entertainment Group,Trends Ads Film Makers and Creativeland Pictures banner, this movie produced by Sajitha Prakash contains music composed by Ouseppachan.

Few of the other Malayalam films that can be expected in the coming months are:

July 2011
> Nadodi Mannan- A comedy movie, starring Dileep, who unexpectantly has to take the role of the city mayor

> Arakkallan Mukkakallan- After the super hit Twenty-20, Mamotty, Mohanlal and Dileep rejoin in this drama based movie, and is depicted to be the biggest release during Onam 2011.

> Brothers- Mamotty and Dileep star in this family based movie

September 2011
> My Name Is Avarachan- A comedy based movie, stars Dileep and is produced by Madhu Warrier and P Sukumar

> Naale- A musical movie, stars the graceful Shobhana along with Dileep and Saikumar

October 2011
> Mallu Singh- A comedy-romance movie joins youngesters Prithviraj and director Vaishak, in which Prithviraj plays arole of a Malayali living in Punjab

> Naduvazhikal 2- A sequel of Naduvazhikal, this film is directed by Shaji Kailash, and stars Prithviraj

> Teja Bhal and family- A comedy number, the movie stars Prithviraj and Akhila

> Talkies- Mohanlal, will be seen in this movie in a double role, both as the father as well as son. The lead female role will be played by Padmapriya

> Veetilekkulla Vazhi- An action based movie, stars Prithviraj, Lakshmipriya and Dhanya Mary Verghese. Prithviraj plays the role of a doctor of a jail, where he finds an abandoned child, and his trials in trying to find the child's father

> CID Moosa From Scotland- A sequel of CID Moosa, is a comedy-romance movie, starring Dileep, Harishree Ashokan and Jagathy Sreekumar

> Trishna- A family movie, which was initially made n the 80's starring Mamootty, is remade by the same director and script writer with Prithviraj and Nayantara in the lead roles

> Mumbai Police- Starring Prithviraj and Arya in the main roles, this action based movie is directed by Roshan Andrews