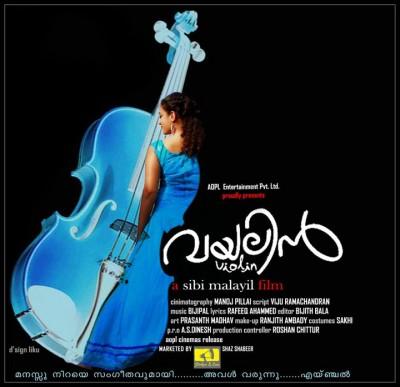 Violin is the latest Malayalam movie that has hit the theatres on July 1st 2011. The film has been directed by renowned director Sibi Malayil and the script has been written by Viju Ramachandran. His previous film 'Apoorvaragam' was also an experiment with modern ideologies. The film did quite well at the box office too. Even for his latest film Violin, he has brought in newcomers to bring a freshness to the story. The lead characters in Violin have been portrayed by Asif Ali and Nithya Menon who were also a part of the film Apoorvaragam. The film has been produced and distributed by AOPL Entertainment Pvt Ltd. As the title of the movie suggests, it is a musical romantic story. The protagonists of the movie are two youngsters who are brought together through their immense love for music. The main location for the shooting of the film was at Fort Kochi in Kerala. 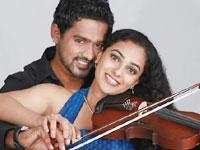 The story of Violin revolves around two youngsters who have been brought close to each other because of their common love for music. The settings of the plot takes place in an Anglo-Indian community at Fort Kochi. Nithya Menon plays the role of Angel who is an extremely sensitive and emotional girl. She lives with her mother and sister. They earn their livelihood by selling bakery products. It is a close-knit family who are there for each other in any trouble. Angel's early life was not very rosy and some incidents that took place then has changed her character completely and made her isolate herself from the rest of the world. She spends most of her time playing her violin which was presented to Angel by her father who has already passed away. Since Angel never mingles with anyone too much, especially boys, and spends most of the day playing her violin, she ultimately becomes a very good violinist.

The other protagonist is Abbey, portrayed by Asif Ali. Aby is a simple young man hailing from a small village called karimannur. Though he has also had a tragic childhood, he still remains as a very cheerful, energetic and optimistic person who does all the hard work to make himself a good musician. Aby's tragedy in his childhood is related to his father who was a famous guitarist in his times but due to some incidents, he moves away from music. As fate has it, Aby and Angel meet each other and some happenings change their life altogether. It is music that brings them close to each other. They both become good friends and gradually fall in love also. Aby decides to change Angel's character and helps her to realize her aspirations and dreams. Angel experiences true life and love through the simple and lively Aby.

The supporting cast of Violin includes experienced actors who play pivotal roles in the film which includes Vijayaraghavan (as Simon), Jagathy Sreekumar, Nedumudi venu (as Dr Uncle), Janardhanan (as Paulose), Sreejith Ravi, Biju Menon, Reena Basheer, Chembil Asokan (as Eddy), Abhishek and Lakshmi Ramakrishnan. The camera works for the film have been handled by Manoj Pillai. The songs for Violin have been composed by Bijibal for which the lyrics have been penned by Rafeeq Ahmed. The Bollywood music director Anand Raj Anand has also composed one song for the film. Even before the movie was released, it has managed to create a lot of hype especially among the youthful audience who have been eagerly awaiting its release. A lot of new techniques have been used for the promotion of Violin movie such as net posters, campaigns, contests, social networks, t-shirts etc.