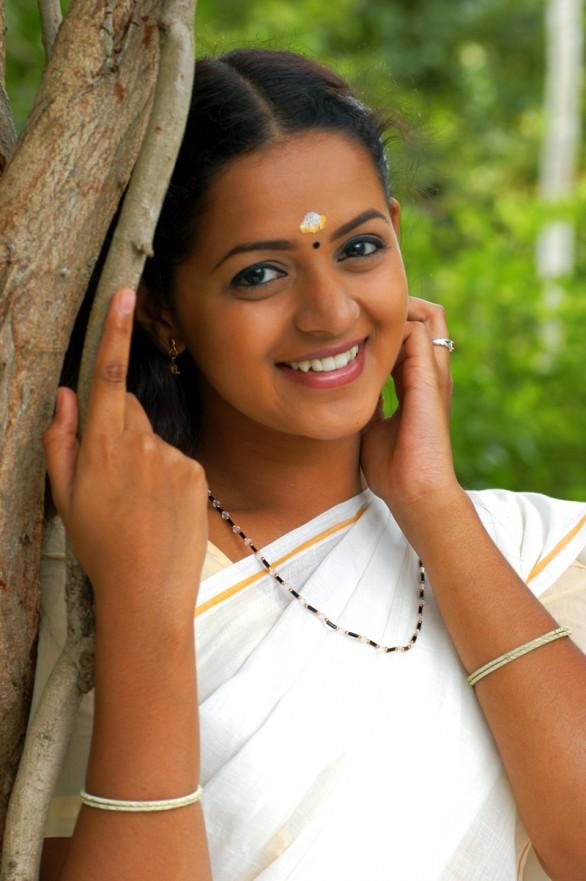 Bhavana is one of the leading South Indian actresses who act in Malayalam, Tamil and Telugu movies. She entered film Industry in 2002 through Kamal's filim titled Nammal when she was doing her 11th standard. Grand success of this film make her way to the film industry much easier won. In the very first film itself she got Special Jury Award for Best Actress. Her real name is Karthika Menon, is the daughter of Asst. Cinematographer, G.Balachandran Menon and Pushpa. She has one brother named Jayadev presently living in Vancouver, Canada. She has born in a kerala family in Thrissur on June 6, 1986.

With the majestic success of her debut film Nammal, she got many offers in Malayalam. In Nammal she has acted with newcomers like Siddharth, Jishnu and Renuka Menon. She has worked with almost all heroes of Malayalam like Mammootty, Mohanlal, Suresh Gopi, Dileep, Jayaram, Prithviraj, Kunchacko Boban, Jayasurya etc. Later in 2003 hit movies like Chronic Bachelor, C.I.D.Moosa, Swapnakoodu, she has played important roles. But her year 2004 was bad year for her. Her movies like Youth Festival, Parayam, Bunglavil Outha etc have tasted big failure at the box-office. The her carrier growth was very slow and she got a break through when she achieved the State Award for Best Character Actress for Daivanamathil in 2005. Also in 2006 she has acted in two success films are Suresh Gopi's Chinthamani Kolacase and Dileep's Chess. Then she became heroine Her 2008 movie Chotta Mumbai is a mega hit with top Malayalam Superstar Mohanlal. It was her third movie,alongside Mohanlal. After 2007, she rushed much on Tamil Films.In 2008, the multistarrer Twenty 20 and lollypop she cameback to Malayalam Cinema in a new styles. Her 2009 releases in malayalam include happy Husbands, Robinhood and Sagar Alias Jacky. Recently in December 2010, with Dileep she has made anotheer amazing victory in "Marikkundoru Kunjadu" as a christian girl.

Even though her first tamil film was Koodal Nagar opposite Bharath, first released film was Chithiram Pesuthadi which was a gigantic success. This success lifts her carrier soon in Tamil Industry. She has acted several good tamil films later and also she had to refuse some films due to her tight schedule. Her new film with actor Vinay, Jeyam Kondaan attained generally positive results. Now Bhavana adopted her new style finally by depicting a suitable glamorous profile and she is looking really pretty especially in song frames like perfect Kollywood heroines.

Awards and achievements of actress Bhavana 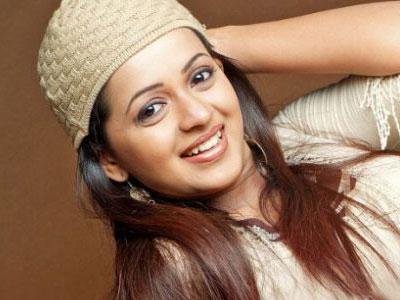 Kudumbashree Travels and Sarath Kumar's The Metro are the next upcoming films of Bhavana in 2011. She is playing as Aswathy in Kudumba shree travels and as Anupama in The Metro. Her other projects in 2011 are Doubles, Mister love and Kandal Manyan