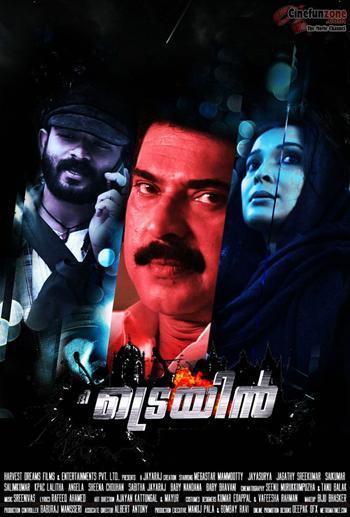 Jayaraj, malayalam movie director has teamed with megastar mommooty for his dream movie project 'The Train' which got released on 27th May 2011. The story of the Malayalam movie is based on realtime incidents related to the series of seven bomb blasts which rocked the railway network in Mumbai over a period of 11 minutes on the Suburban Railway in Mumbai on 11th July 2006. The inspiration of Jayaraj to move forward with this project was a book which narrated the lives of 187 people who became the victims of the 7/11 mumbai bomb blasts. From the words of jayaraj, the movie 'The Train' got inspired from the lives of 187 innocent people who couldn't fulfill their dreams.

Cast & Crew of the Malayalam Movie 'The Train'

Story of the Malayalam Movie 'The Train'

The movie 'The Train' tells the story of few incidents that happened on the day of the Mumbai train blasts. The movie describes the happening on the day between 6 am to 6 pm. The lead role played by megastar mammotty as an Anti-Terror Squad officer (Kedernath). Youth icon Jayasurya plays the role of karthik who is a track singer who is much a fan of music maestro A. R. Rahman. Karthik who lived with hopes and dreams boarded the train on the day. Jagathy Srikumar is characterized with the role of a corrupted ATS officer. Another role played Saikumar is as a Cyber-Cell officer. Jayaraj's wife sabitha also plays a character role in the movie ' The Train'.

The movie ''The Train' starts with media reports of the Mumbai bomb blasts which took place in 7 different places within 11 minutes. The movie narrates the incidents that happened in 12 hours. As seen in Hollywood and bollywood movies of the same genre, the movie shows how terrorists plan the attacks. Mammotty's role as ATS officer kedarnath has nothing to do much in the movie even in the lead role. Jayaraj has tried to give much importance to follow up the character of Jayasurya who had made good impression in the movie. The story which develops in different locations to narrate the life of diverse people but failed to mix up in the end. There were some missing factors in the movie which really botched to impress the audience. The 2 ½ length movie had some soothing music tracks set by music director sreenivas. The movie had tried to do as the much successful youth film traffic which narrated multiple stories with a good linking in the climax. But the movie 'The Train' failed to link the movie which had a sad ending for the movie lovers who expected a better movie.

The only postive of the movie to be suggested is the cinematography. The camera works done by Seenu & Tanu Balak are kudos. Tanu is a young cameraman who has already done some works with Jayaraj. Spiderkerala expect much a future in tanu who has steps to climb up to be a young director for Malayalam movie industry.

Comments put forwarded by our reporters is that those who wish to view the movie it is better to reserve the money for a week to watch the much awaited Malayalam movie Rathinirvedam for all opening shows,which gets released on June 3rd 2011.
Rathinirvedam Sensational Movie Photos & Stills