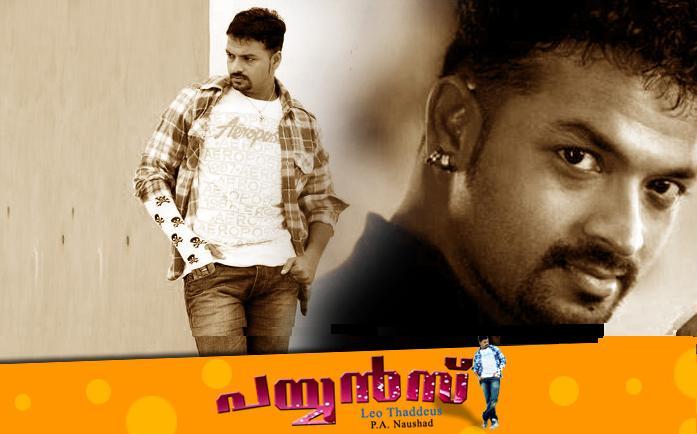 Payyans is the new movie of upcoming little superstar Jayasurya directed Leo Thaddeus. The film is produced by T.A Noushadh and Kammu Vadakkan under the banner of Kammu Vadakkan Films. The script is written by the director himself.The songs are written by Anil Panachooran and Kaithapram and getting tuned by Alphonse Joseph. Editing is by Ranjan Abraham and S G Raman done the cinematography.

After a critically acclaimed debut in his first movie 'Pachamarathanalil', Leo thaddeus is back with his new movie Payyans. In this film too, he is trying to portrait familial relationships in a colorful way. This is the first film of Jayasurya in 2011. Jayasurya acts the role of a lazy and easy go guy Josy who wants to enjoy his life. Angadi theru fame Anjali is the heroine of this movie. Actor-director-producer Lal is playing the role of Josy, while Rohini plays the role of his mother. The film has Lalu Alex, Suraaj Venjaramood, Undapakru, Janaardhanan in other roles.

The story is what we heard thousand times before. Josy(Jayasurya) is living with his mother Padma(Rohini) after his father's 'disappearance'. His father, John Varghese(Lal) was a Captain in the Indian Navy and got disappeared during one of the commando operations. His mother bought up his child with her job in a private company. She had big hope in his son, but Josy is an easy go person not interesting in family matters. He just wanted to enjoy his life to the maximum with his friends, parties and girl friends. Later he knew that his father is alive. He is very happy for getting his father back. But some unexpected happenings take place in the life of Josy that leads to a sentimental climax and a good ending.

Will Payyans Succeed to convey the message it portrays 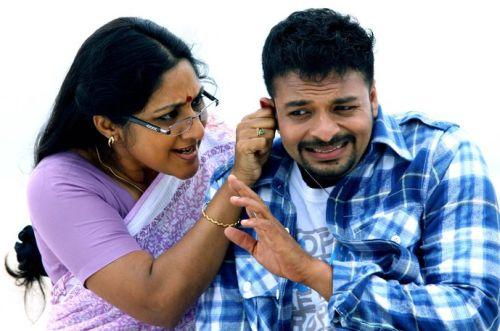 Payyans have a very good message in it. But the director fails to convey it to the viewers in full. So, the viewers felt that if the film was taken with a more tight script(that is also from the director), the film surely find a place in the heart of viewers. The director himself wrote the script, a big mistake in his side. What we felt seeing the movie, he lost his concentration in both department and getting tired with the film. But there are some good moments in the film especially in the second half which is the soul of the film. The film revolves around mother-son relationships and generation gaps in understanding new generation children's viewpoints. We saw many films with mother-son relationship, father-son relationship and some of them are very good in that genre. But in here, the script writer fails to go in to the minds of viewers with the family relationship.

The young viewers may find many incidents similar to their life in Payyans. That is true. But when it comes to the main point, it is unbalanced between perfection and execution. The first half of the film is about the mother-son bonding. But it depicted in a somewhat not good manner. Some of the moments between the mother and son are really touching, but others are waste. The latter half of the film is all about father-son relationship and their misunderstandings. To be frank, it is the plus point of this film. The film ends with a sentimental climax which it deserves, but could have been better. 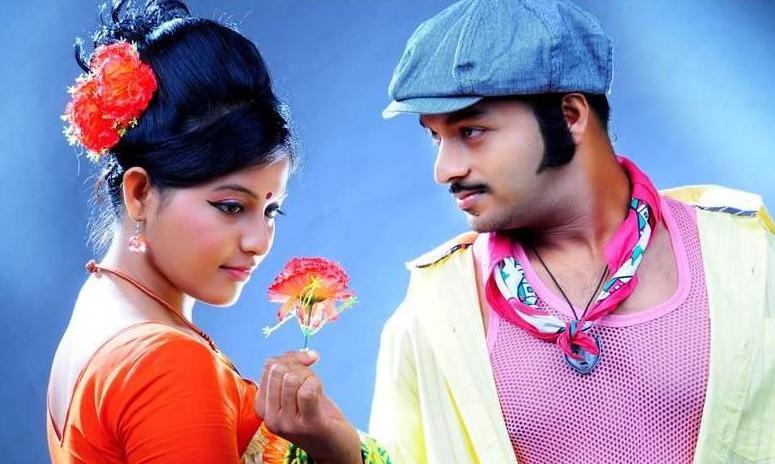 Jayasurya partially succeeded in doing the role of Josy. He is very good in his comedy getup, but strictly OK in sentimental scenes. But we can see the symbol of modern youth in Jayasurya with his cool looking. Anjali in Payyans have nothing much to do except to play the role of heroine in the film. Her presence is OK for the film since it gave the film one more song to the list. Rohini as the careless mother is OK, sometimes her acting tends to be dramatic. But Lal steals the show as the careful father of Josy. The film belongs to him and Jayasurya in most parts. The comedians Suraaj Venjaramood and Undapakru just repeated their past numbers. Suraaj is OK and got some sentimental scenes which he did well. Lalu Alex, janardhanan are other supporting casts, nothing much to say.

The editor would have a confusion with the film since many scenes have no continuity. But we don't have to quarrel on him since this is the main flaw of script. The cinematography by S G raman is OK with some nice frames in the songs. The costume department needs special mention for coming with latest trends. The songs from Alphonse are above average, but suits to the mood of the film. One duet song is good while hearing repeatedly. Also a good melody 'Kadha Parayam' which is pleasant to hear.

Last Word: There is a good message in the film to all parents and their children. Go with the family to see the film at your own risk.