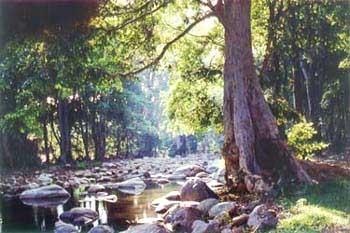 Chinnar Wildlife Sanctuary, one among the twelve protected wildlife sanctuaries in Kerala is an important tourist destination in Kerala. It lies nearly 18 km from Marayoor Panchayat in Idukki district. Today, this amazing tourist spot is under the control of UNESCO world heritage committee.