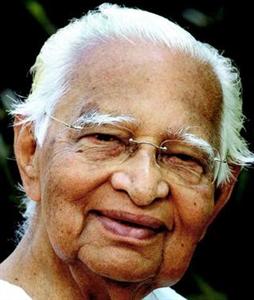 K. M .Mathew, who was the chief editor of Malayalam newspaper Malayala Manorama, was born on 2 January 1917. His parents were K. C. Mammen Mappillai & Kunjaadamma. Before starting his career in Malayala Manorama, K. M. Mathew worked as a rubber planter in Karnataka state. Following the death of his father K. C. Mammen Mappillai, K. M. Mathew joined Malayala Manorama as general manager & managing editor in the year 1954. But later he became the chief editor of Malayala Manorama following the death of his brother K. M. Cherian in the year 1973. Under the guidance of K. M. Mathew, Malayala Manorama entered a new face of modernization. As we all know, apart from the Malayala Manorama newspaper, the group has a magazine for women in Malayalam & Hindi (Vanitha), magazines for children( Kalikudukka, Amar Chitra Kadha, Balarama, Magic Pot), farmer's magazine(Karshakasree), English magazine 'The Week' & Manorama Year Book(Malayalam, English, Hindi, Tamil & Bengali languages) respectively. Also note that they have a television channel & FM radio channels in the Malayalam language that is popular in our Kerala State. The manorama news is also available in the link http://www.manoramaonline.com/cgi-bin/MMOnline.dll/portal/ep/home.do?tabId=0&BV_ID=@@@

For the great contriburions in the field of journalism, K. M. Mathew was given several awards like Foundation of Freedom of Information Award, National Citizen's Award, Padma Bhushan, Ramakrishna Jay Dayal Award, Durga Prasad Chaudhary Award & B D Geonka Award respectively. Shri K. M. Mathew also occupied various positions like consultant to the International press institute, President of the Indian newspaper society, Chairman of press trust of India, executive committee member of the federation of International newspaper publishers & editors based in France & Founder-trustee & Chairman of the press institute of India & research institute for newspaper development respectively. This great person has also written two books namely Ettamathe Mothiram & Annamma. Among these books, Ettamathe Mothiram is considered as the autobiography of shri K. M. Mathew. Actually the book was dedicated to Kunjaadamma (mother of shri K. M. Mathew). Her ornaments were turned into rings & given to her 9 children. Shri K. M. Mathew was the eighth child of K. C. Mammen Mappillai & Kunjaandamma & so he got the eighth ring. This is how the autobiography got the title name Ettamathe Mothiram. But Annamma is a book written in memory of his late wife who was popular through cookery books. She was also the editor of Vanitha (magazine for women) until her death in the year 2003.