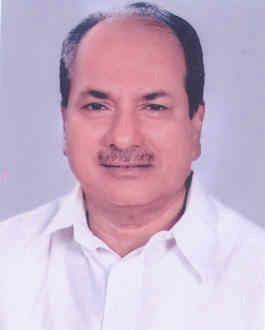 A. K Antony that is Arackaparambil Kurien Antony is a politician of India representing the Indian National Congress (INC) party. Currently he is in the position of Defence Minister of India. Few years ago, he used to be the Chief Minister of Kerala. Other areas of activities at present include being a senior member of the Cabinet Committees on Accommodation, Economic Affairs, Political Affairs and Security, chairman of the Disciplinary Action Committee of All India Congress Committee (AICC) and a member of Central Election Committee and Congress Working Committee (CWC). A.K Antony is considered to be a clean non-corrupter political leader.

A.K Antony hails from a small place called Cherthala near Alappuzha district in Travancore. He was born on 28th December 1940 to Arackaparambil Kurien Pillai and Elikutty. He was quite capable and independent from a very young age when he sadly lost his father in 1959 and took care of his own education by doing odd jobs. He completed his schooling from Holy Family Boys High School (lower primary) and Government Boys High School (upper primary), both in Cherthala. A.K Antony attained his degree in B.A and B.L from Maharajas College, Ernakulam and Government Law College, Ernakulam respectively. 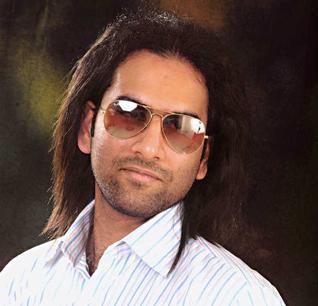 He is married to Elizabeth Antony and the couple has two sons named Anil Kurien Antony and Ajith Paul Antony. His son Ajith Paul Antony, who is a graduate from St Stephen's College in Delhi, is all set to make a debut in a multi-lingual film which will primarily be shot in Malayalam language. The name of the film is Oberoi and Ajith will be playing the lead role in it. The storyline of the movie is based on Ajith's own life. A unique characteristic of A.K Antony is that he is an atheist and unlike the normal procedure, he does not assume his official position through a religious oath but rather through affirmation.

Antony began his political career in school itself as a student leader in Cherthala Taluk (Alappuzha district) as an activist of Kerala Students Union (KSU). Subsequently, he became the president of KSU, Indian Youth Congress and Kerala Pradesh Congress Committee (KPCC). He was the youngest person to become the president of KPCC in 1972. During this period, he was very actively involved in many strikes as a leader. One such important strike was Oru Ana Samaram (Single Penny Strike). Ultimately, in 1984, A.K Antony became the General Secretary of the All India Congress Committee (AICC). A.K Antony was the founder of the Congress (A) which was formed after some political issue that took place within the Indian National Congress (INC) and Congress (A) was made as a separate group. Congress (A) was a political party which was most active in the state of Kerala and after few years the party was merged with LDF party which was then led by E.K Nayanar from 1980 to 1982. Antony had some issues with the former Prime Minister of India, Indira Gandhi and this was one of the reasons why he made a separate political party. After E.K Nayanar's tenure, Congress (A) was again merged with Congress in 1982 but A.K Antony was not allowed to perform any duties before the death of Indira Gandhi.

A.K Antony is the former Chief Minister of Kerala, the first term being from April 27th, 1977 to October 27th, 1978, the second one being from March 22nd, 1995 to May 9th, 1996 and the third term from May17th, 2001 to August 29th, 2004. During his first term of office, he made a record of being the youngest Chief Minister of Kerala. After Antony's second term of office as CM, he became the Leader of Opposition in Kerala Legislative Assembly during the period of 1996 to 2001 after which he again resumed the position of Chief Minister. Due to some political fights and problems, A.K Antony was forced to resign from his position in 2004. E.Ahamed is the current senior most member of Kerala MP.Read about profile & biography of E.Ahamed MP. Know about Shri E.Ahamed biography & career information.