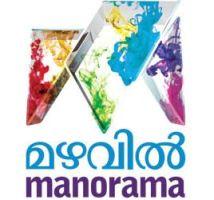 Mazhavil means rainbow in English. Like the channel name suggests, they have included a wide variety of programmes in the channel. They have planned to include 2 special reality shows in which one is a mega musical reality shows with Shankar Mahadevan, Sujatha and Sreenivas as the Judges. Serial shows from prominent artists are also included in the programme list. Mazhavil Manorama has taken the television right to show many new malayalam movies. This includes new Malayalam movies Thriller, Cocktail, Marykkundoru Kunjadu etc and Some Old Movies Like Runway, Rasikan, Aparichithan, Thaskaraveeran, Gourishankaram, Hridayathil Sookshikkan, Annorikkal etc.