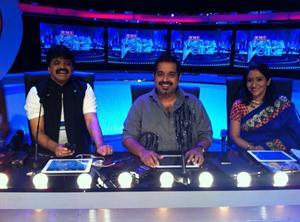 27 participants will appear on Josco- Indian Voice. The 27 participants are selected through the countrywide audition competition. Another attraction of the show is the presence of contestant from Pakistan. The show will be telecasting on Mazhavil Manorama channel at 8:30 pm.