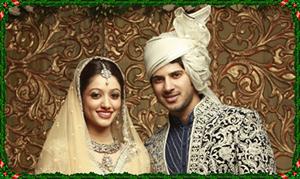 Megastar mammootty's son dulqur salman tied knot with amaal sufia at Chennai Sheralton hotel on 22nd December 2011. As it was purely a private function only very close relatives and friends were invited. A gala reception for the movie fraternity will be held at Ramada hotel on 26th December 2011 at Kochi. Yesudas, Suresh Gopi, Sarathkumar, Arjun, Dileep, Prabhu, Sukumari, Seema, Director Hariharan, M. K Stalin were among the few who attended the marriage function. Amaal Sufia is the daughter of Sayed Nizamudin a business man settled in Chennai. The family has invited many prominent personalities which includes Tamil Nadu Chief Minister Jayalalitha for thee wedding reception to be held on 26th December 2011. 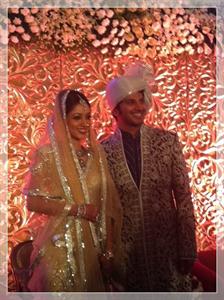 Following the path of his father Dulqur Salman too has stepped his foot in the movie Industry. Salman's debut movie 'Second Show' will be released on 26th January 2012. The other movies of Salman which are on the way are – Amal Neerad movie 'Bachelors Party' and Anwar Rashid's 'Ustad Hotel'. The 'rising star' will then do a mega project of filmmaker Vysakh sharing the screen with Mohanlal.

The entry of Salman in to movies has generated an enthusiasm among the movie lovers expecting the more from the actor. Unlike the other kids of movie actor's, Salman didn't wish to act in movies but did like to be a part of his dad's business. After completing MBA from University in West Lafayette, Indiana (USA), Salman succeeded in handling software business and also the movie production company 'Play House' owned by Mammootty.

Mammootty is now busy with his son's marriage. His son Dulquar Salman's marriage is on this December 22nd with Sufia, an architect. The marriage function will be at Chennai and it is surely a private function. Read more about the details of Mammootty's son's marriage.

Read the priview, cast and crew details of the upcoming film Second Show here. Second Show is the debut film of Dulqur Salman, son of Megastar Mammootty. The film is directed by Srinath Rajendran. Gowthami Nair plays the heroine. Read more about the film here.

The release theatres list of Malayalam movie Second Show has been added here. Second Show is directed by newcomer Srinath Rajendran. It is the debut film of Dulqur Salman, the son of Megastar Mammootty as well. Check out the theatre list in the article.