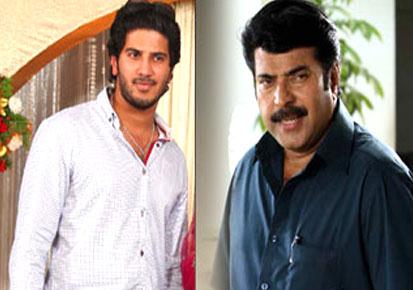 The upcoming Malayalam movie 'Second Show' will release in January. The movie is directed by Sreejnath Rajendran. One of the attractive features of this movie is that the sons of our Mega star Padmasree Mammootty named Dulquar Salman playing a lead role in this film. Through this he is make his debut in the Malayalam industry. The film is produced under the banner of AOPL entertainment Pvt ltd.

They have selected different parts of Kozhikode for the shooting of this movie. The story of the movie may be novel based. The film 'Second show is the second product of AOPL, their first film was 'Violin'a wonderful love story. "They are giving life to a theme" said the director Sreenath.

Dulquar Salman, is the son of Mega star Mammooty, has a lead role in this film. He is acted in the role of an underworld don. Pappu. The heroine of this film is Gauthamy Nair. And co-acting members are Muralikrishnan, Salimkumar, comedy artist Baburaj he has double roles in this film.

The script of this movie writtern by Vinil Viswalal and the music is handled by Nikhil and lyrics by Kaithapram Damodharan Namboodiri and Engadiyoor Chandrashekharan.