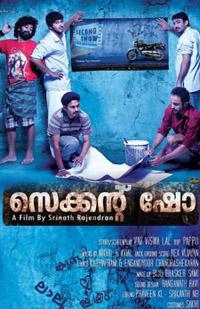 The anticipation is getting over. The debut film of Dulqur Salman, the son of Megastar Mammootty is all set to hit the theatres. Dulqur seems to be having a good time. His marriage has been over recently.

The trailor of the film, Second Show has already been released and is reportedly getting good responses from the audience. The expectations on him due to his father's stature have given Dulqur a fair amount of tension. But he is hoping to tackle that with his performance.

Second Show is directed by newcomer Srinath Rajendran. A good fraction of the film crew is of newcomers. Srinath has worked as the assistant of Jayaraj in the film Loud Speaker starring Mammootty. The scriptwriter Vinu Vishwalal is also making his film debut. Both Dulqur and Srinath are his friends. The most unique speciality of the movie is that Baburaj is appearing in double roles for the first time in his acting career. The heroine of the film is also a fresh face, Gowthami Nair.

The movie features the plot of unemployment and underworld. The central character is Lalu who is an unemployed village boy. He has a good friend circle also. Although Lalu is ready to do any work, he has something different cooking in his mind. Due to circumstances, he also gets to the underworld. The movie focuses on the theme that 'everyone gets a second chance in life'.

Dulqur Salman portrays the role of Lalu whereas his friends are also new comers. Gowthami Nair plays the female lead. Baburaj, Salim Kumar and Murali Krishna are also included in the cast. The movie has got a comparatively higher budget for a film starring debutants, say Rs 3.5 crore. The film is expected to hit the theatres on 26th January 2012.