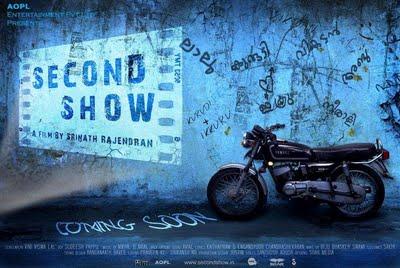 The story is that of an unemployed youth in a village. The village boy is Lalu who is willing to accept any work. However his preference of work is something different. The theme is that 'life has a second chance'. Since it is still under shooting, no one is willing to divulge more on the story line. The story of the film will focus on the theme of the role of chances in the life of most of the people. According to the story everyone will get at least two chances in most of things in life. According to those involved this theme is presented in the film in a creative way. 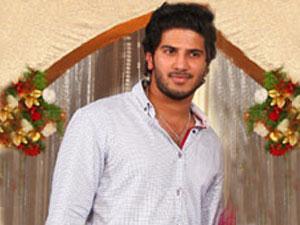 The Dhulkar Salman, son of the super star Bharath Mammootty is debuting in the forthcoming Malayalam Film 'Second Show'. Dulquar Salman is going to Purdue University in West Lafayette, Indiana, U S A for Business Studies. Salman had a desire to act and he agreed to act in this film after seeing the script.

Gauthamy Nair is also a new comer and is the female lead in Second Show.

Of course there are few regular artists. Baburaj for one is acting in the film not in one role but in two. He will be playing the roles of Chaver Vavachan and Chaver Anthony. These two roles are comedy roles. In this film he will be seen in a totally opposite role. Normally he acts as villain.

There is a Bollywood actor Sudheesh Bhery who has about 40 films to his credit including hit films ''Border'', ''LoC'' and "Vansh" a remake of super hit Tamil ''Agninakhshathram''. He feels delighted to act in ''Second Show", his first venture in a Malayalam film. He does not know Malayalam. Second Show's Director Sreenath Rajendran is also a new comer as a director. He has worked as assistant to Jayaraj.

The Film is scripted by Vini Viswalal.

Lyrics of the film are by Kaithapram, Engadiyoor, and Chandra Sekhar

Music is by Nikhil and Avial Band.

The film was expected to hit theaters in January 2012.

Locations of the film are Kozhikode, Puthucheri, Cochin and Dubai and the shooting is expected to be over in another month's time.

Second Show is produced under the banner of Mumbai-based multi-crore Advantage Overseas Private Limited (AOPL) who deals mainly in agricultural produce export and import business. This is their 2nd film after their hit film 'Violin'. Prashant Narayanan is the managing director of AOPL. AOPL has plans to open 15 multiplex theatres in the State by 2013 with the first to be opened in December in Angamali.

The film's director, Sreenath Rajendran is first time director. Dhulkar Salman, Gauthamy Nair and many new faces from Kozhikode in the film are first timers in acting. Bollywood's Sudesh Berry a non Malayalee actor is a first timer in 2nd show. This is expected to be new wave movie.

Let us hope that Dulquar Salman, Mammootty's son and Gauthamy Nair and all the new comers including the director will win over the hearts of Malayalee film goers.